I just got myself a brand spankin new PC in the mail, Alienware Aurora r10 (yeah I know)
Anyhoo, everything's been running great, been plowing through everything I throw at it..
I've noticed some applications had some really weird glitchy effects though and I'm wondering what I can do to fix it/if it's a known bug in the OS
I'll include some pictures of the kind of graphical glitches I'm seeing
0

I updated em to the latest ones from nvidia, I even updated my vbios
0 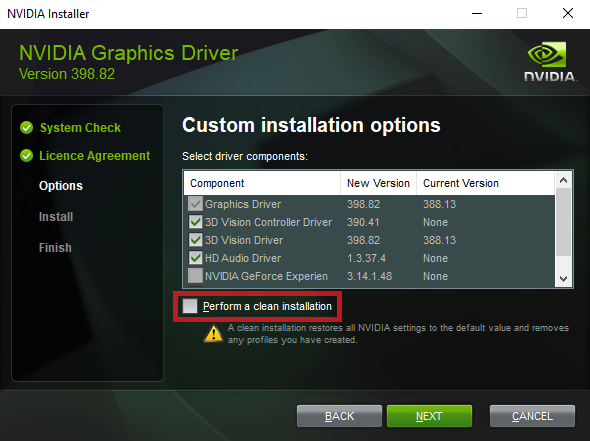 Alright, I ran the install again and ticked that clean install box, restarted, and unfortunately the same graphic bugs are there :/
It's a Dell RTX 3090 card if that helps? I'm hoping this is just some weirdness with these apps not being fully optimized for Windows 11 yet or something? Games run fine and have no issues, I'm not sure what could be causing these basic installers/settings menus to glitch out like this
0

Could it be a .net framework issue? I had gotten an error from it before when I started my pc up the first time but it won't let me uninstall it and the installer says I already have it. I did a sfc /scannow and everything came back ok
0

Ok so.. I disabled AMD's PowerNow! function in my BIOS and it seems to have worked...? Didn't know that could affect it..
0

It was things such as Gyazo, Razer Cortex, Minecraft installer, NordVPN, things like that. "WPF apps" apparently. Disabling the PowerNow! function actually didn't solve it so after more extensive research I finally found out it was due to something called "Nahimic Service" running in the background, which I had to disable from the Services screen. After disabling it and restarting a few times it 100% ended the graphical glitches issue.
You must log in or register to reply here.
Share:
Facebook Twitter Reddit Tumblr WhatsApp Email Link