The speeds of the Aorus are NOWHERE near the specs of what it should be... I ran a CrystalDiskMark 7 bench on the Aorus about a week or more ago and the write speed was about 1200MB and over the last week it has dropped to about 500MB, this is from benches of 32MB up to 16GB,

When I first got the drive in January things were GREAT! Amazing speeds that were blasting my old 256GB SATA drive out of the water, now I am installing programs or games and the speed drop is totally noticable in real world applications as well as benches....

Please help as I just built this PC in January coming from an ancient 8 year old setup and really want the best that I can get for this "Semi-Budget" build,

PS. Attached a screenshot of Samsung Magician as it gives the same results and more info than CrystalDiskMark 7

PSS. The 5th drive is a USB flash drive 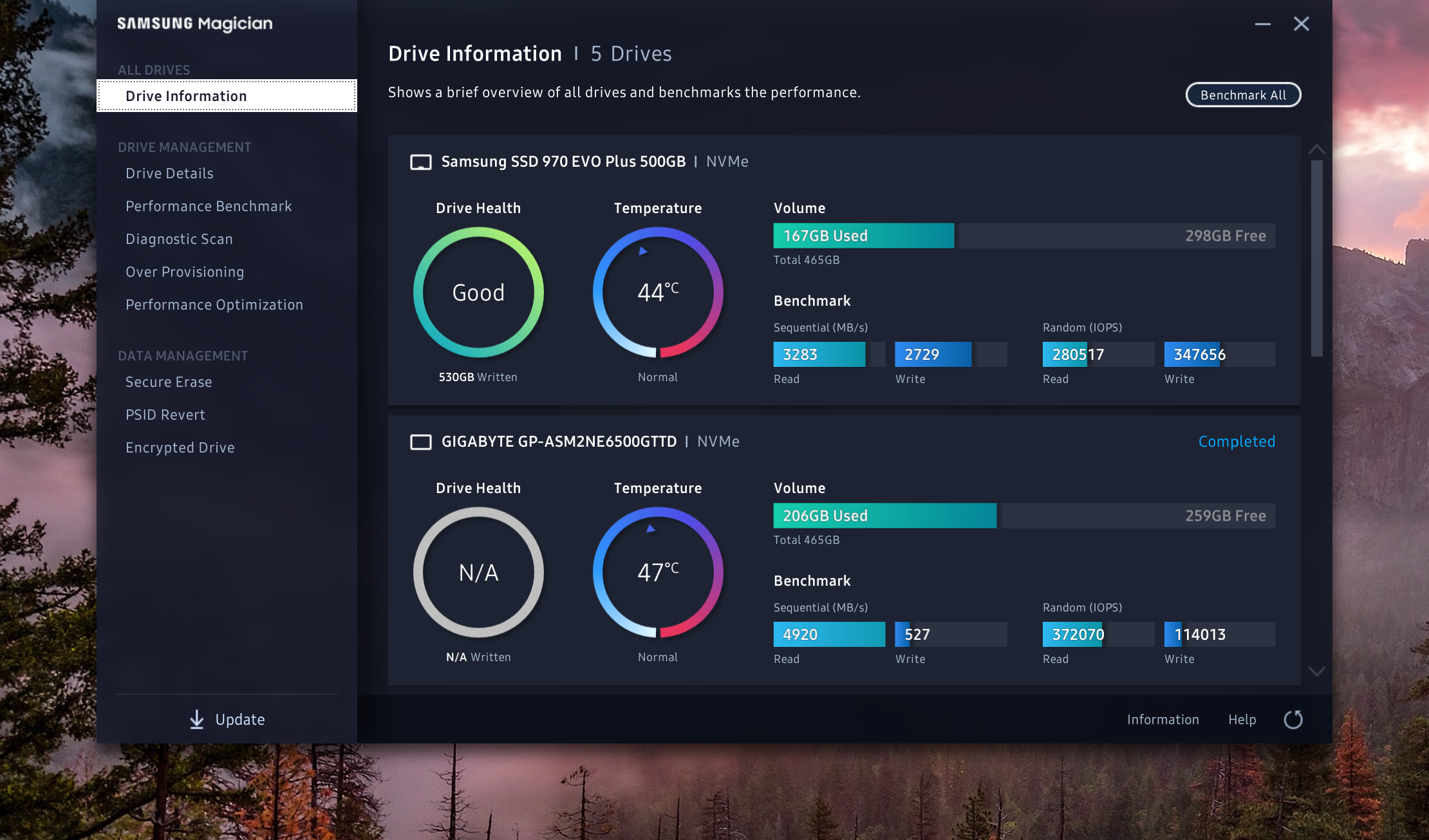 Please help.... this is REALLY bugging me, tried BIOS, tried drivers (none are apparently more up to date even though the drivers are from 2006?!?!), tried the Gigabyte software and that has pretty much NOTHING to say about the whole ordeal or anyway to improve things, I trim my drives with Windows 10 DAILY... seriously... at least check my system for me and tell me I need to RTB the device?

Interestingly, all the Gigabyte Aorus drives that were being sold by my reputable components supplier have disappeared from their site...
0
M

I've seen people with this problem who solved it with a firmware update, but that's not always an option. Be aware that those speeds are NOT abnormal for the base TLC. At 500GB the TLC on this is probably ~600 MB/s with folding speeds closer to ~300 MB/s. Also, NVMe drives don't require drivers with Windows 10. Check the link in my signature if you want to learn more about these concepts, however it's not uncommon for people to buy 4.0 drives without realizing they're slower than 3.0 drives outside the cache in many cases.

The cache on these drives is quite large so you shouldn't dip outside of it normally, however drives with caches like this (large, dynamic) have the tendency to get stuck in slower modes because of predictive algorithms and the nature of pSLC (i.e. TLC in single-bit mode has to be converted back and forth). A secure erase or sanitize will usually return it to factory state, if it persists you require a firmware update or replacement.
0

Thanks for the reply Maxxify,

When I got home from work today (Just now) I started Chrome - put some music on, performed a 20GB update of CoD:MW, then thought I would test it again for giggles,