Hello guys, I have a bit of a problem with my PC at the moment.

I bought RDR2 and it ran like a dream. After a GPU update two days ago (or so it seemed), the game started acting all weird: The menu's would take too long to appear, my character wouldn't respond to player input, audio would drop out or play some sounds but not others, textures wouldn't load in if I moved too far from the area I spawned.

I blamed it on the game, but today I bought Metro Exodus and it's doing some of the same things, like the audio bugging out or the menu and textures not loading or taking too long to load.

The thing is I moved the game to the smaller 240gb SSD and the problems went away. I still have to check RDR2 on this smaller SSD but i'm fairly confident that the problem lies within the 500gb SSD. I've tested it on many apps and it appears to be healthy, so I don't know what could be causing it.

The BX 500 is running fine. Is the A400 that's causing problems. it's about 4-5 months old. I've formatted it just in case but no luck there. 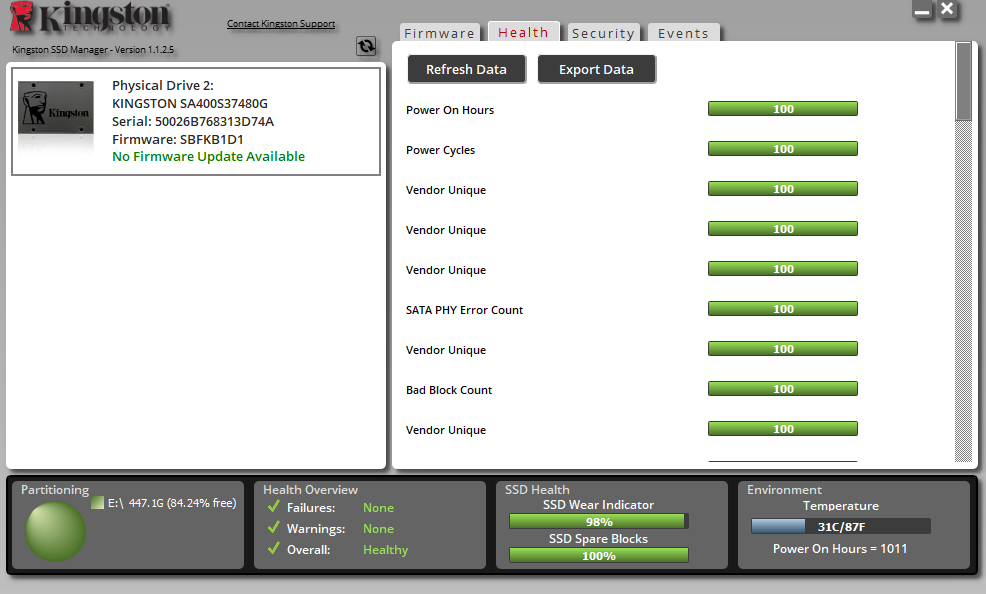 I changed both the port used and the cable and it somehow fixed itself. Thank you very much! I didn't that such a small thing would cause it but I guess you never know.
You must log in or register to reply here.
Share:
Facebook Twitter Reddit Tumblr WhatsApp Email Link