Darkbreeze said:
Especially in the greater Los Angeles area. This is getting to be a yearly thing having to wonder if G has had to run for the coast or not. Obviously I can't say "run for the hills" since those are all on fire.
Click to expand...

Yeah so far the fires have all happened way north of where I live. Thankfully they caught one before it started spreading on Saturday. Dodged a huge bullet there.

It's crazy, because I lived in California for half my life (24 years), and in all that time I only recall there being two or maybe three major fires throughout the entire state. Over the last ten years of so, there's been that many PER YEAR.

Heading for the sea? There are scientists who reckon the sea will be heading for LA sometime soon. Some predictions go as far as a wipe -out.
B

That Dominator ram looks so good in black. I wanted a set myself but rgb ram doesnt fit because of the rad

Darkbreeze said:
Especially in the greater Los Angeles area. This is getting to be a yearly thing having to wonder if G has had to run for the coast or not. Obviously I can't say "run for the hills" since those are all on fire.
Click to expand...

I know the one, and I do love Bad Religion.

Hows about enlightening the ignorant, please?

Here are the pics of my Updated 3700x Rig (see my Signature for full specs):

DMAN999 said:
Here are the pics of my Updated 3700x Rig (see my Signature for full specs):

This is so bright it hurts my eyes
Reactions: DMAN999

Just don't see it much. There's plenty of decent coolers around especially the Scythe's, they just don't maintain much popularity because of color, name, price, whatever.

Karadjgne said:
Just don't see it much. There's plenty of decent coolers around especially the Scythe's, they just don't maintain much popularity because of color, name, price, whatever.
Click to expand...

Asthetically, I like it a lot.
It was reasonably priced ($60) and it reviewed and performs well.

This is so bright it hurts my eyes
Click to expand...

Look at the third pic, it really isn't as bright as that first picture makes it seem.

Hi all just did some shopping for Black Friday and picked up a few bits.

First I got the the new Antec P120 Crystal case on sale £85.95 and just completed my build. Overall it was easy to build in and the triple vertical slot holder for the GPU is great and keeps the GPU away from the window. Coupled with the 3 x 120mm fans at the bottom bring air in, I have no issues on temps for the GPU. Everything went well and the fit and finish are top notch. One area that was difficult was cable management as there is no the greatest amount of space between the rear panel and getting the cables in was very difficult....I might have to revisit and try better on the cable management but it could do with just a bit more space.

Finally I picked up the Cooler Master MasterFan SF360R ARGB 360mm Square Framed Fan which I thought would be good as less cable management and perfect for my 360mm radiator. It works very well, looks good and really cleans up on cables with only one 4 pin fan cable for all 3 fans and 1 standard ARGB connector...£44.12...

Yes I have gone all ARGB mad but what can you do...will play round to settle on the best colour but you might want to put some shades on to stop being blinded!!!!...

my first Glass Side Panel and RGB build I have two 60cm RGB strips made by Cablemods both RGB fans and cables are connercted to my motherboards RGB header and compatible with aorus sync , I now spend more time looking at my PC than using it

The case is dead silent while gaming thanks to the bequit cooling ability /silent fans and the Corsair RMi850w gives me alot of thermal headroom , i have modified the fan curve for the front case fans to run on the lowest rpm and only ramp up at cpu temp of 80C which i never reach unless i am running avx loads during prime stress tests where basicly the cpu is putting out 180w+ of heat
Last edited by a moderator: Nov 30, 2019
Reactions: NightHawkRMX, vMax and DMAN999 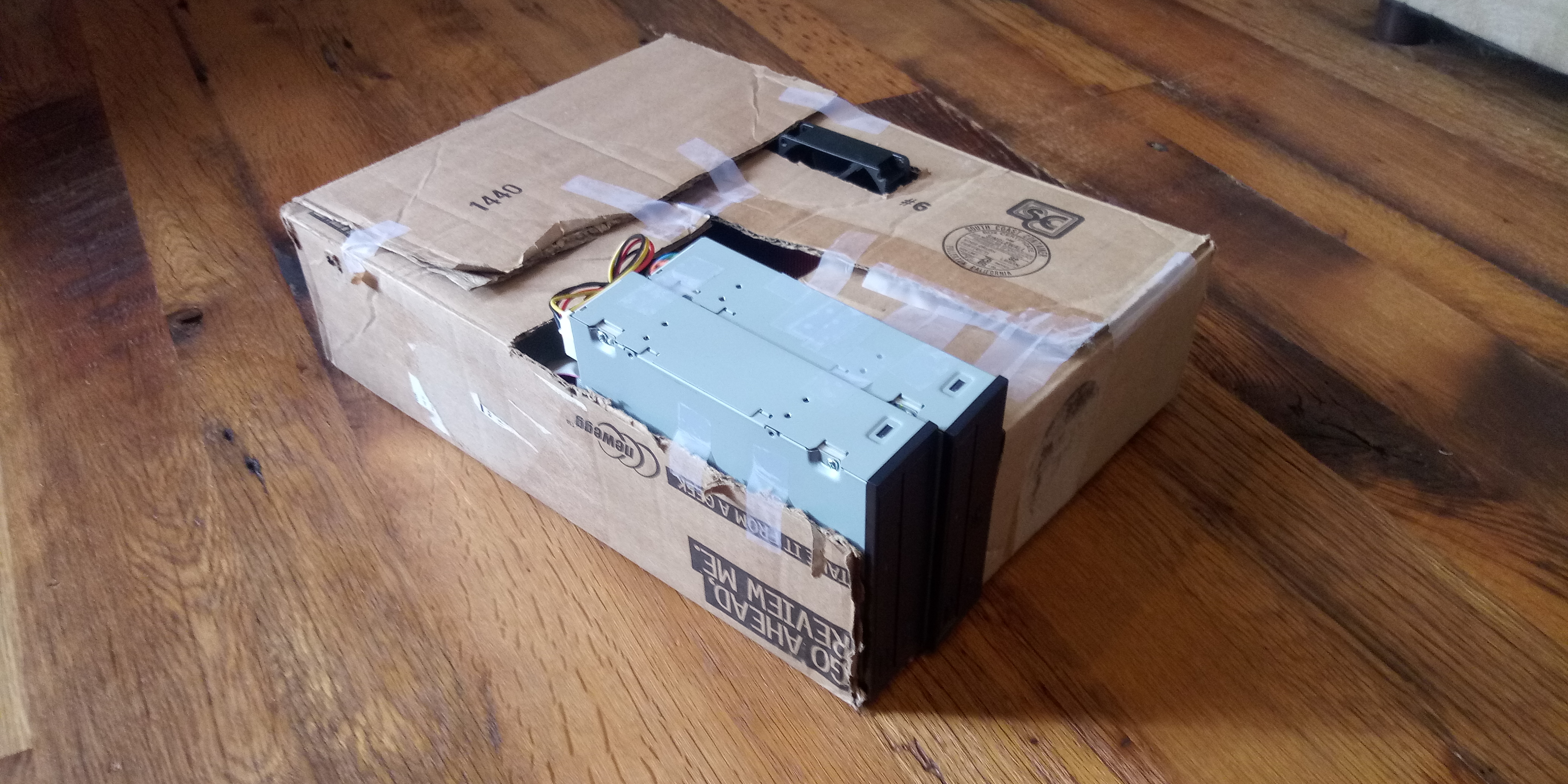 This is literally a fire hazzard.

The rather heavy solid copper cooler would have originally mounted to the case without a backplate and used a case fan for airflow. I used a block of wood to make a backplate for the CPU cooler, and tacked an 80mm fan ripped from a PSU onto the cooler.

This machine doesn't have PCIe or agp, so i am forced to keep hunting for a pci video card.

Also, this machine lacks SATA support, so I need to buy an old ide drive or an adapter.

Somehow i was able to boot the w10 installer from usb, so im going to try w10 if i can get a hdd.
Reactions: Mezoxin

I'm not sure if I should congratulate you or smack you upside the head. I'll let you know when I decide. LOL.
Reactions: NightHawkRMX

And I thought Windows 10 dawdled along on 4GB of RAM. I'll see if I can oblige with a PCI graphics card later in the day.
Reactions: NightHawkRMX

Darkbreeze said:
I'm not sure if I should congratulate you or smack you upside the head. I'll let you know when I decide. LOL.
Click to expand...

NightHawkRMX said:
I have a laptop from 2017 with a celeron and 2gb ram. It runs windows 10. Not well, but runs it.

Thx for looking into the GPU. I have my doubts the onboard GPU from 2004 or so can even think of running w10, let alone w xp era games.
Click to expand...

My wife's i3 based Lenovo convertible tablet has 4gb of ram. I think I bought it for her in 2016. I've been trying to use it occasionally and its straight up frustrating. Its not as slow as a really old system, but when you're used to using stuff thats so fast (heck even my Chromebook is WAY WAY WAY faster despite only 2gb of ram and a Celeron), its just annoying to use.