Previous Next Sort by votes
T

I just built a new PC this week and I'm getting this error. All the USB ports I've tested work (haven't been able to try the 3.1 type-c port), so I'm not sure what it is. Any help would be appreciated 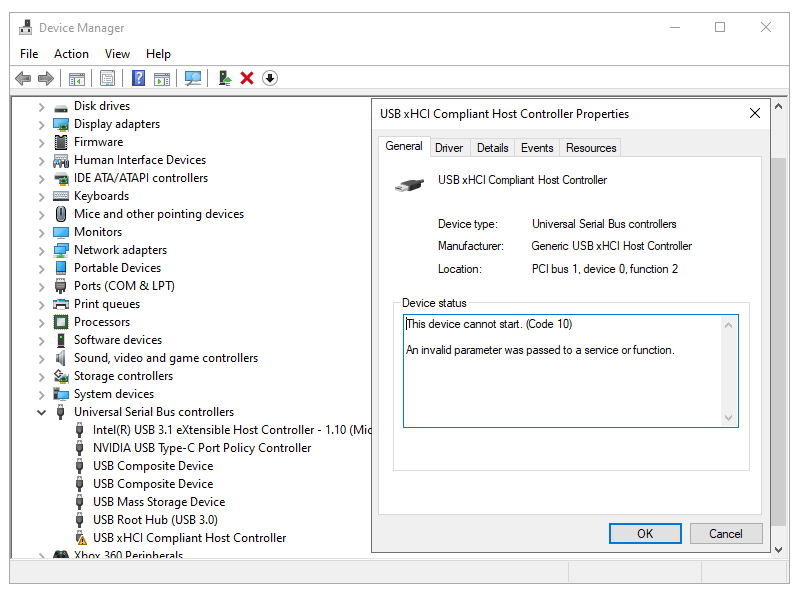 Windows is only showing the device because it does exist in some fashion, it doesn't show non existent connections

Do you have latest Nvidia drivers? try reinstalling drivers and see if its any better - https://forums.tomshardware.com/faq/how-to-perform-a-clean-install-of-your-video-card-drivers.2402269/

USB-C and VirtualLink Turing GPUs include hardware support for USB Type-C™ and VirtualLink™4 . VirtualLink is a new open industry standard being developed to meet the power, display, and bandwidth demands of next-generation VR headsets through a single USB-C connector. In addition to easing the setup hassles present in today’s VR headsets, VirtualLink will bring VR to more devices.
Click to expand...

USB-C AND VIRTUALLINK Supporting VR headsets on today’s PCs requires multiple cables to be connected between the headset and the system; a display cable to send image data from the GPU to the two displays in the headset, a cable to power the headset, and a USB connection to transfer camera streams and read back head pose information from the headset (to update frames rendered by the GPU). The number of cables can be uncomfortable for end users and limit their ability to move around when using the headset. Headset manufacturers need to accommodate the cables, complicating their designs and making them bulkier. To address this issue, Turing GPUs are designed with hardware support for USB Type-C™ and VirtualLink™.

VirtualLink is a new open industry standard that includes leading silicon, software, and headset manufacturers and is led by NVIDIA, Oculus, Valve, Microsoft, and AMD. VirtualLink has been developed to meet the connectivity requirements of current and nextgeneration VR headsets. VirtualLink employs a new alternate mode of USB-C, designed to deliver the power, display, and data required to power VR headsets through a single USB-C connector.

VirtualLink simultaneously supports four lanes of High Bit Rate 3 (HBR3) DisplayPort along with the SuperSpeed USB 3 link to the headset for motion tracking. In comparison, USB-C only supports four lanes of HBR3 DisplayPort OR two lanes of HBR3 DisplayPort + two lanes SuperSpeed USB 3. In addition to easing the setup hassles present in today’s VR headsets, VirtualLink will bring VR to more devices. A single connector solution brings VR to small form factor devices that can accommodate a single, small footprint USB-C connector (such as a thin and light notebook) rather than today’s VR infrastructure which requires a PC that can accommodate multiple connectors.
Click to expand...

Hey, thanks for the help. The card is EVGA GeForce RTX 2060 SC Ultra GAMING, 06G-P4-2067-KR. Latest drivers are installed. I'll try reinstalling them. I disabled the port in the device manager for now
0

The Founders Edition did but is no longer sold. The only partner card with a USB-C port is the AORUS GeForce RTX 2060 XTREME 6G.

The card’s specs don’t actually mention VirtualLink. But the USB controller is built into the GPU, so featuring the USB-C port means it should support the standard.
Click to expand...