What happens after 50 million clicks to a keyboard?

Some keyboards have a life span of 50 million clicks per key, What will happen if you experimentally exceeded 50 millions clicks? Will the keyboard still work?
0

I just tried it, but lost count around 39 million! Damn, looks like I will have to start again...
0

what I want to know is how they determine the life span.
0
L

mercer95 :
what I want to know is how they determine the life span.

Robotic machine with a counter maybe, or a complete estimation. I've seen it done with a chair to prove durability reclining repeatedly.


But to the OP, the keyboard won't automatically fail at 50million clicks, it'll probably have the letters warn off the keys and quit functioning before than honestly, or maybe it'll keep working for years.
0

LOL - My keybd is pre Win95. Logitech Internet keybd and I love it. This makes me wonder how many keystrokes are on it. And yes long ago I purchased a spare.
0

darkstar845 :
Some keyboards have a life span of 50 million clicks per key, What will happen if you experimentally exceeded 50 millions clicks? Will the keyboard still work?

It will automatically implode.

jaguarskx :
It will automatically implode.

Yep, this was really a dumb question. I hope it was rhetorical.
0

Is it even possible to push a single button 50 Million times in your lifetime.

Lets do the maths

If you can manage to spend every day pushing the same button 2739 times for the next 50 years, you keyboard deserves fail. 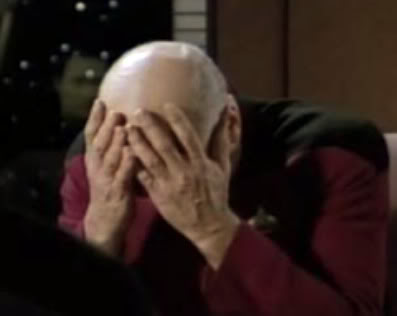 jaguarskx :
It will automatically implode.
Or, you make to the toosie pop center :lol:
0

Best answer yet! Thats exactly what will happen after 50 million clicks.
0

But what will happen after that?

surely it will implode then?
0

it will work till it doesnt, if it gets to 50 million clicks then you work on borrowed time. what your should have asked, is. what are the chances of your fingers wearing out b4 the keys?.

I'm going to do a little bit of necromancy and raise this thread from the dead.

I think it's very likely that someone could use all hypothetical 50,000,000 keystrokes. Especially an author.
I've had a keyboard for about 5 years, and during that time, my best estimate is that I'm around 30 million.
The keyboard is starting to fail me. One or two keys bugging out sometimes, a few chipped key covers, LEDs shut off, etc.

Based on this evidence: I would say that it means 50 million total keystrokes per board, not per key. Now that we've established that it's a reachable limit...

we also have to take into consideration the fact that difference in environment, usage habits, etc can all play a fairly large role in how quickly it degrades. My keyboard has gone through some abuse over the years. I won't go into the gritty details.

One interesting thing I've noticed during that time, is the difference between my keyboard, and my wife's keyboard. Her keyboard has the letters fading off the keys, where as mine on the other hand, has chipping but otherwise very legible key covers.

I would say if you treat your keyboard well, never hit it out of fury at dying in a game, never spill anything on it, and type normally on it, it can probably outlast the 50,000,000 keystroke hypothetical limit without any issues, especially a well built keyboard.

To conclude: Based on the evidence gathered, my advice is to put in the money to buy a solid keyboard. It seems to be one of the best investments you can go for as far as computer hardware goes, as it will probably outlast everything else you own. Take care of it, and don't worry about silly keystroke limits.

As a writer, I can honestly say Urzu is correct. My 90k word novel has approximately 500k characters (never mind using Shift, Ctrl, and Alt). Combine that with proofing and rewriting and I would say your average novel could very well see 2-3 million keystrokes.
FWIW, I can usually get about one novel when typing on a laptop before things that acting..."funny". On my current machine, the right shift key works only after it's had its coffee, gone for a jog, and taken a nap.
You must log in or register to reply here.
Share:
Facebook Twitter Reddit Tumblr WhatsApp Email Link