Hi Guys,
First of all, sorry for any language mistake that I may make, I am not a native English speaker and sorry as well for the long post, I wanted to cover everything in details but I feel it became quite long.

As case I have a Corsair Carbine Series SPEC-06 configured with:
I have issues with the computer suddenly turning off, it happens randomly and without any special workload on the system (i.e. Browsing with chrome, or just writing an email), usually once or twice a day.
The shutdown is immediate, as if the computer were unplugged from power, and automatically reboots.
Sometimes when the computer reboots I get a black screen with “Reboot and Select proper Boot device or Insert Boot Media in selected boot device and press a key”, I have checked in the bios and the boot SSD disappears, however, if I turn the computer off using the power supply switch and turn it on again, this solves the issue and the system boots normally.


This is what I tried so far to resolve the issue:
I am not sure if it's important, but since the bios update, I have been experiencing higher temperatures on the CPU, currently, it hovers around 57-60 °C

If I push all the fans to their maximum the situation does not improve so much, with a minimum of 52 °C, before the bios update with fans at full speed I had 37-40 °C.

I also replace some components:
Considering so far, I think by exclusion the issue should be either:
I am not sure how to find out which of these is the real culprit without replacing these parts or buying a UPS, any of these is at least £ 80 and I would like to be completely sure before spending some more money on parts.

I am adding here some screens that may be useful: 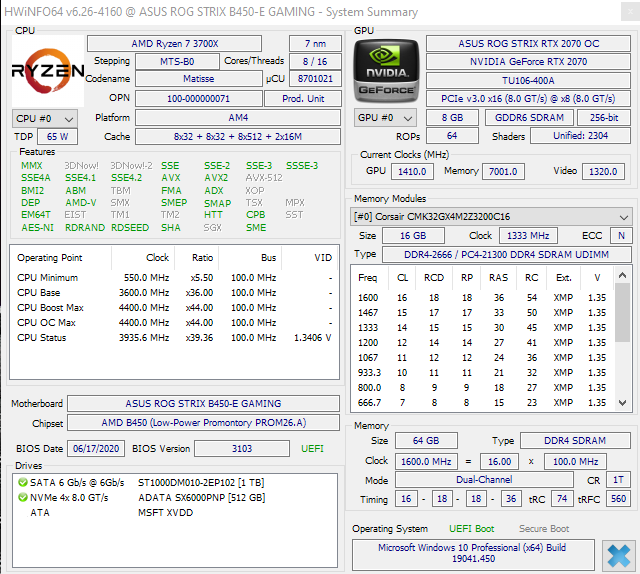 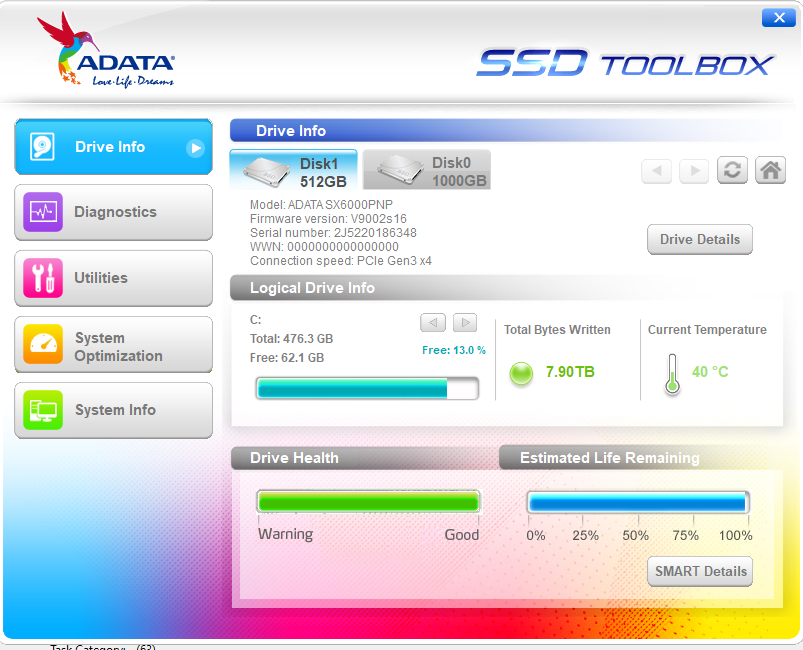 Thanks in advance to everyone for taking the time for reading this post.
0

Hi @drivinfast247, thank you for replying.

I'm terribly sorry for the delay in replying, I completely missed the email notification of the reply.

When I swapped motherboard I uninstalled all the chipset drivers and installed the new one, however something may have been left behind.

In the meantime, I got dragged away and bought a Samsung m.2 970 Evo Plus, so I will try a clean install this weekend with the new SSD.

I will put the old SSD in another computer and see if it gives the same problem, so hopefully, I can confirm whether it's that SSD.
0

You should always do a full reinstall when doing a motherboard change.
0

I know, sincerely as the issue started before the motherboard change, I didn't think that the windows installation could be the issue.

Anyway, I'll perform a clean install with the new SSD and hope for the best.

Thank you very much for the help
0

Hi again,
I did a complete reinstall of Windows on the new SSD on the 5th of September, for a few days everything worked fine, but today... it started again. I was feeling the breeze of working on an unsaved file when the computer decided to restart out of the blue

I mean, by exclusion, the only thing I haven't changed is the CPU, otherwise what else could it be? I'm not even sure how to request a swap of the CPU without being able to replicate the issue, did anyone go through this before?

I noticed this error message in the Event viewer:

It's hard to believe that a Jabra USB headset could be the reason for the whole computer suddenly restarting, but to be sure, I update the driver of the device. I will report back if this happens again.

In the meantime, I would really appreciate if anyone has more ideas

Hi All,
so fixing the driver issues didn't fix the sudden reboot issue, however, the behavior changed a little.

Now the computer suddenly shutdowns and attempt to restart, however, it remains fixed on the orange led (DRAM error on the motherboard).

If I turn off/on the power switch the computer boots normally, however, I noticed that the computer it's generally slower and processes take more CPU time.

Considering the DRAM error, I ran Memtest overnight and it ran all the tests without errors.

I tried as well to disable the XMP profile on the ram for some time to see if that helped, and it did not.

I enabled the blue screen (in the hope of finding some more information).

I tried to stress test the computer with Prime95 both the ram and CPU for around 2 hours, and the only thing I got (after closing the test) was a blue screen: 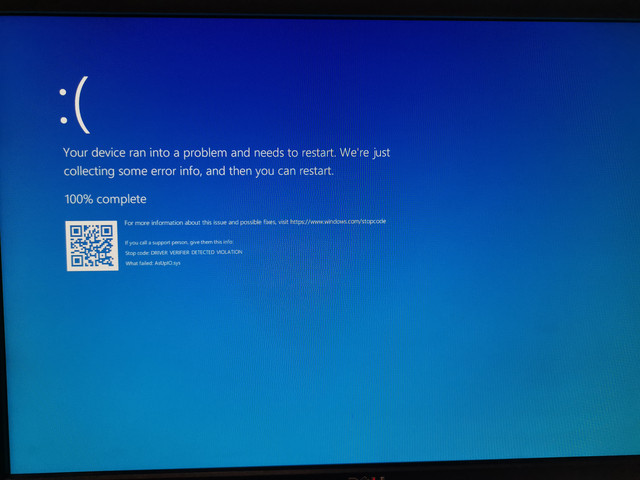 Considering the original DRAM error on the motherboard, I had a closer look at the ram and saw that although it's the same model, it's a different revision number, so I tried to change the order of the bank rams.

I would really appreciate it if anyone has ideas on what could be the issue or what to try next.
Thanks in advance for reading this post.
0

Hi All,
as the CPU was the only thing left to replace, I purchased a used Ryzen 5 1600 and installed it.
The computer has been running for 2 days with no restart issues and it's definitely running cooler at 28-35 degrees idle (before it was running at 55-60 idle).

At this point, I am sure that the problem was the CPU.