Question PC Won't Boot if both memory slot is filled

Hi all, I'm from Indonesia,
I have experiencing problem on my newly build PC

First time the PC is built, I put 2x8Gb RAM DDR 4 2666 Mhz from Team Group (Part number TLZGD48G2666HC18HBK)
PC will start but after several minutes it will shut down by it self. After that it will not boot, it just keep restarting and performing system repair by windows at a point it will say srttrail.txt error
In this problem when I removed and replace the cmos battery, the system will boot up again but same problems still occur. If I remove the memory / swap the memory slot it will run again but the problem will come again
I have tried to reinstall the windows, but the problem persist

Then I found out IF I put only 1 x8Gb Ram on one of the slot the PC will run well.
BUT, if the PC is shutdown for several hours / day, the PC won't boot up. The fan run for a second then turn off and keep like that.
IF I take off the memory, put it back in the same slot / put it on the other slot, the PC will Run well.

Then I found out that 8Gb RAM DDR 4 2666 Mhz from Team Group (Part number TLZGD48G2666HC18HBK) is not in the supported memory list on Asus Prime H410m-k page. I think perhaps changing the RAM with the one listed on the list will fix the problems, so I replace the RAM with Kingston hyper-x 8 Gb DDR 4 RAM (part number HX426C16FB2/8). But, the problems persist 😅.

So right now, I can use the PC (with only 1 x8 GB RAM, if both ram slot is used the PC won't boot up at all) but I need to take off the memory and put back again every time I need to turn on my PC, especially if it was turn off for a long time. Is there any recommendation how should I fix the problem? Note : I haven't update the ASUS prime bios

Is this your psu? 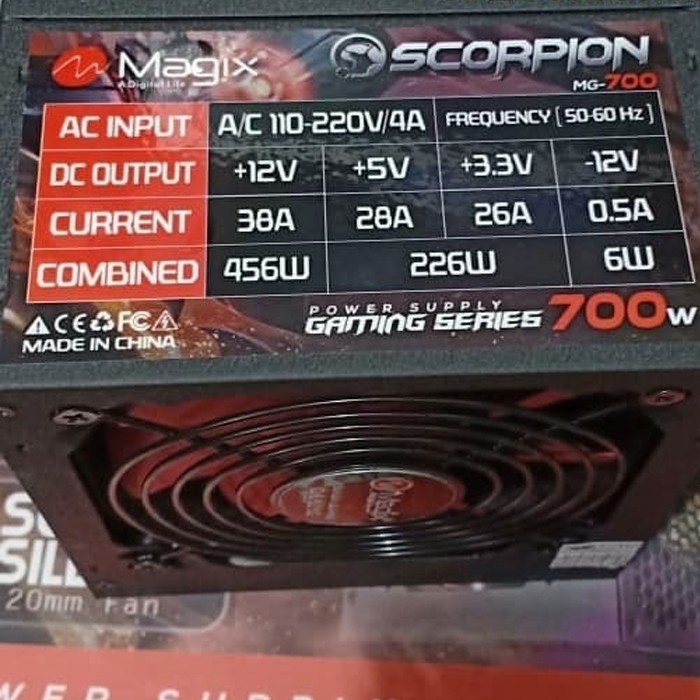 A bad PSU can cause weird things. Replace it for a decent unit.
0