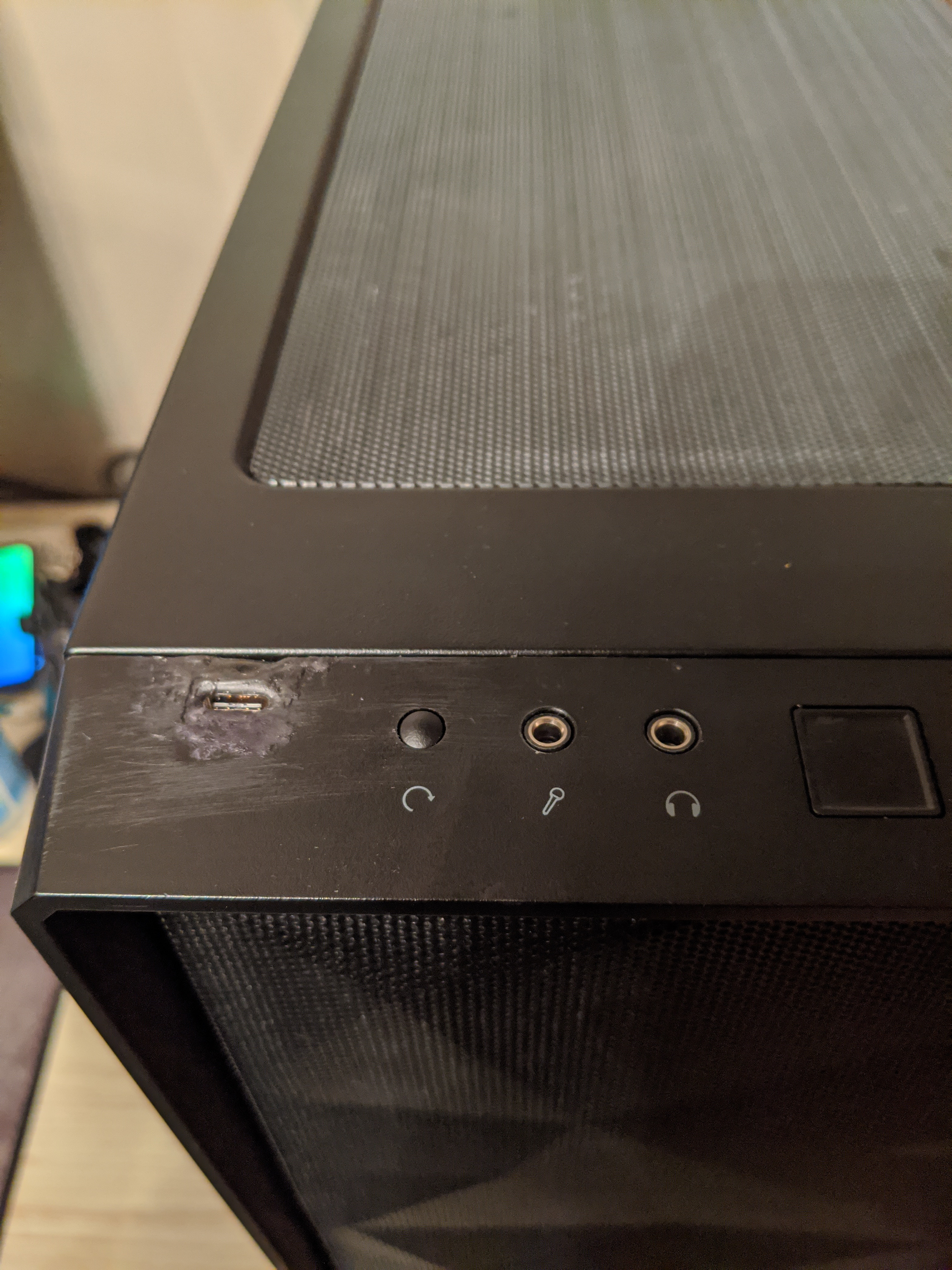 Looks worse in the image (in terms of texture & scratches) than it does IRL.... Doesn't look great by any means though.
Click to expand...

Just have @USAFRet 3D print you a new one.
Reactions: Barty1884

Zizo - "my not so fancy system" 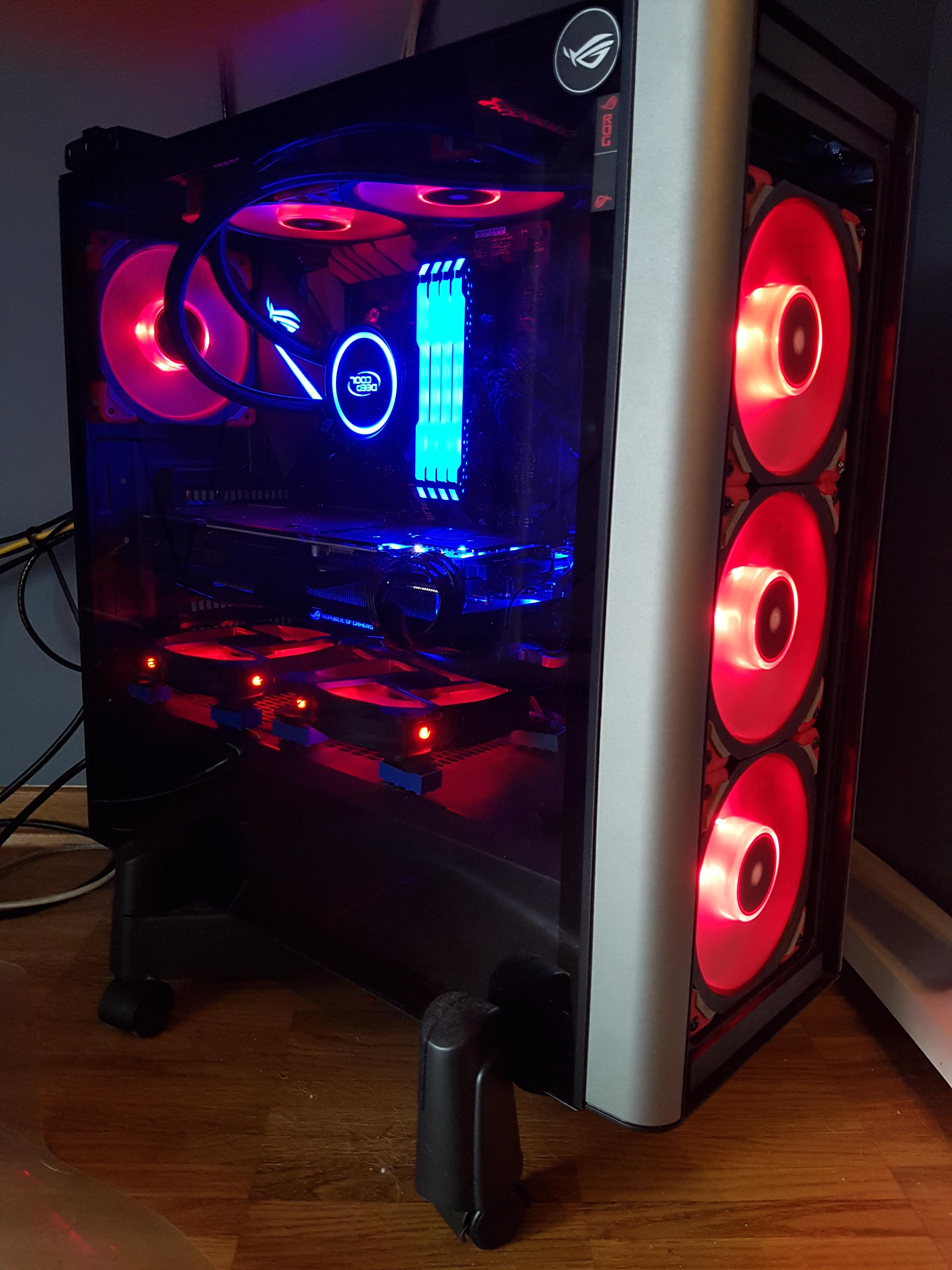 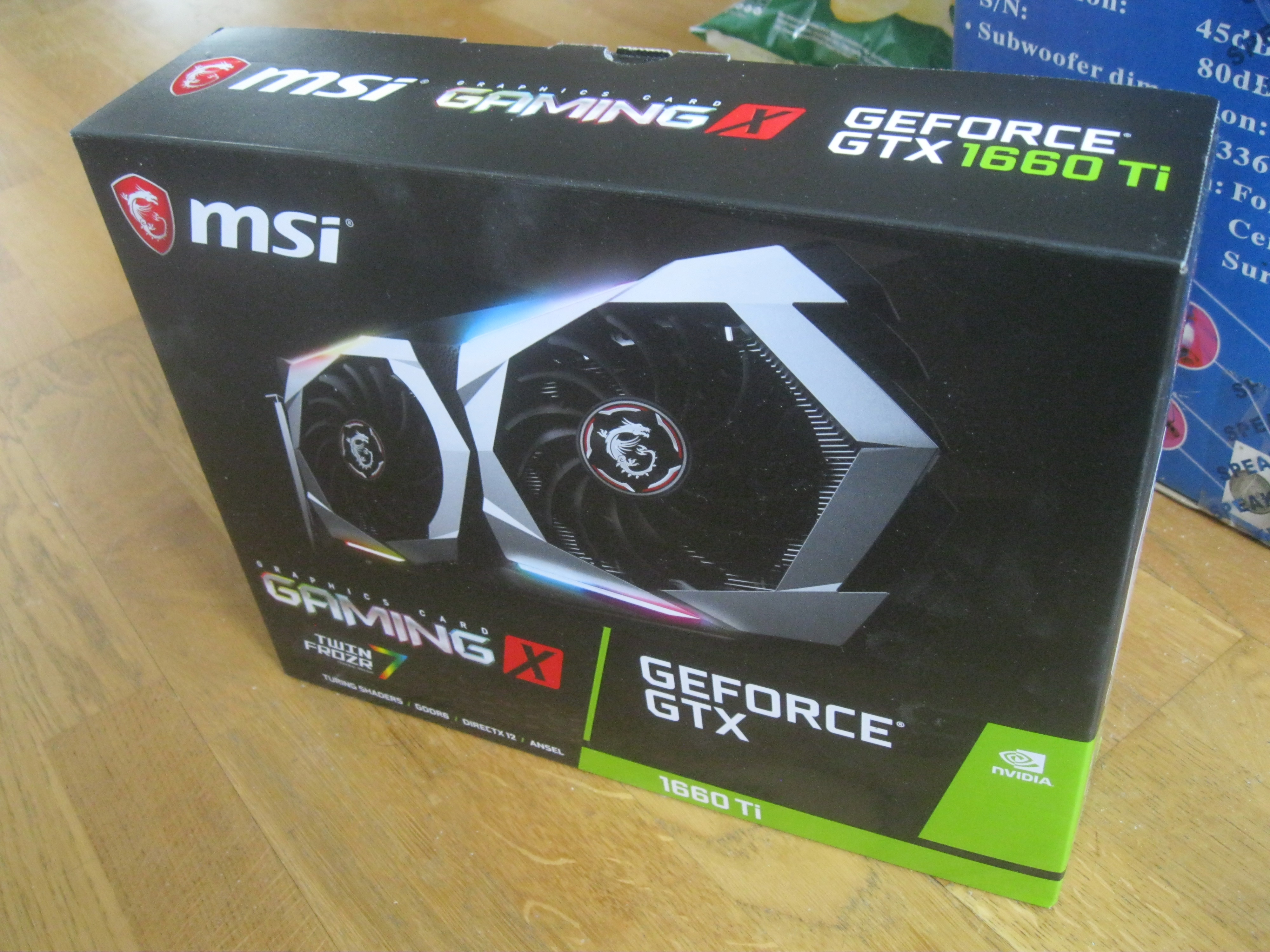 Since i have 144 Hz monitor, my trusty MSI GTX 1060 Gaming X 3G isn't powerful enough to provide near 144 FPS @ 1080p on high/ultra settings and so i bought new GPU. New GPU is both smaller and lighter than old GPU, which i didn't expect. Also, new GPU has more RGB LEDs on it and only downside is that it doesn't match the black & red theme of the build, where's old GPU had nice black & red theme. 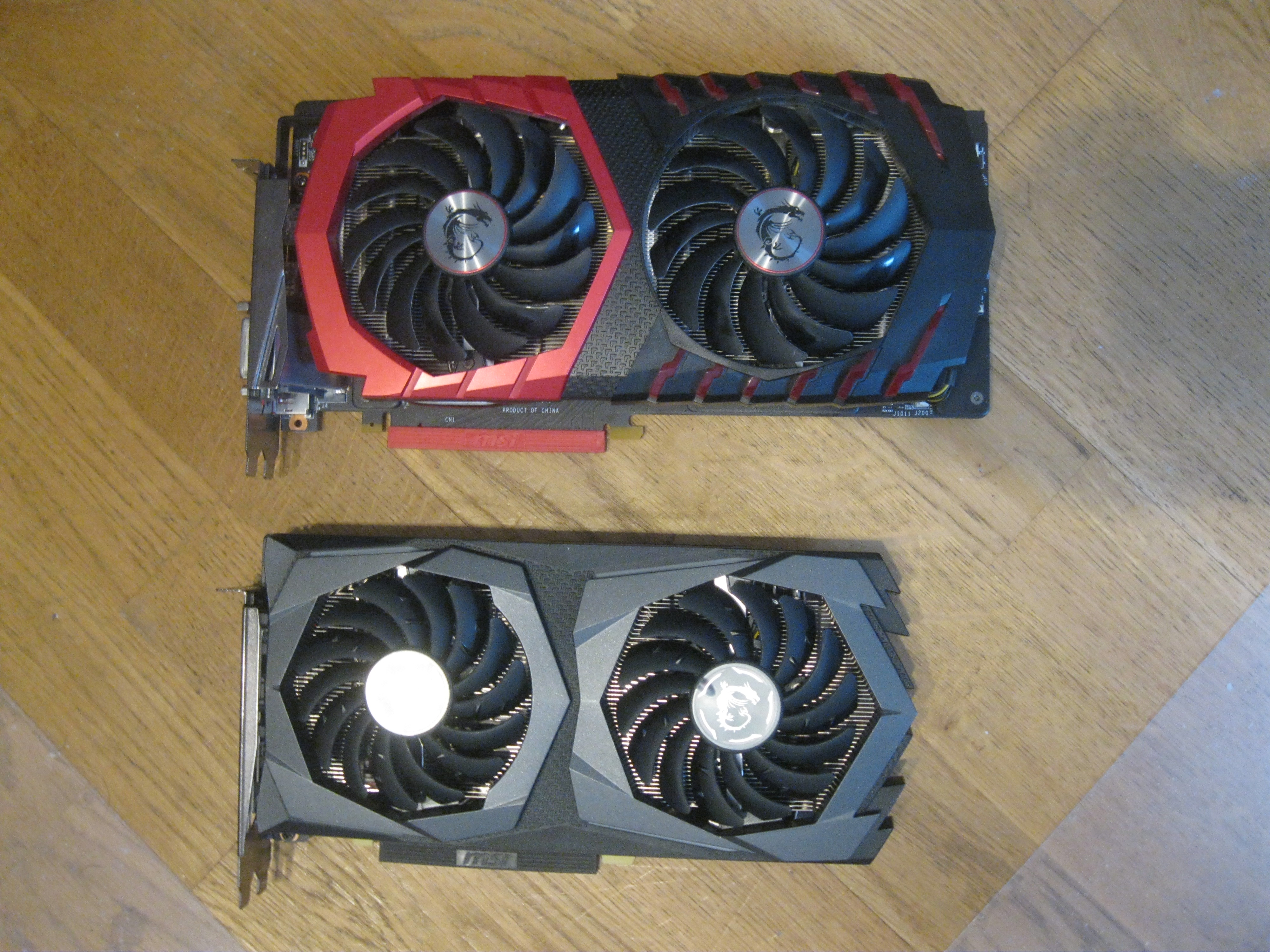 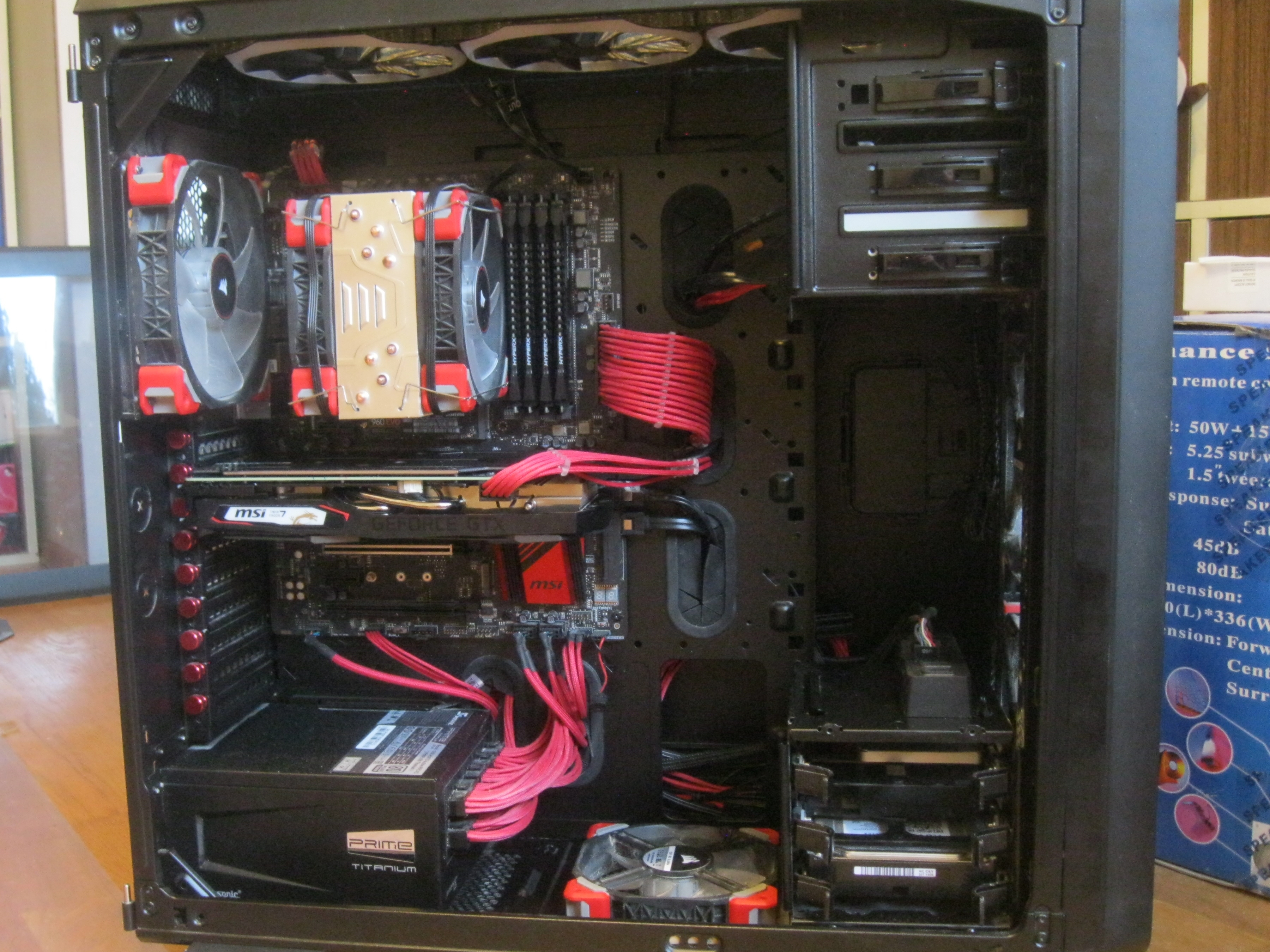 Still thinking what to do with old GPU. I could put it into Haswell build for solid GPU upgrade from GTX 760 with much less power consumption but there is one downside. MSI GTX 1060 Gaming X 3G has black & red theme and while ideal match to Skylake's build theme, it will ruin Haswell's build black & blue theme.

New GPU up and running. 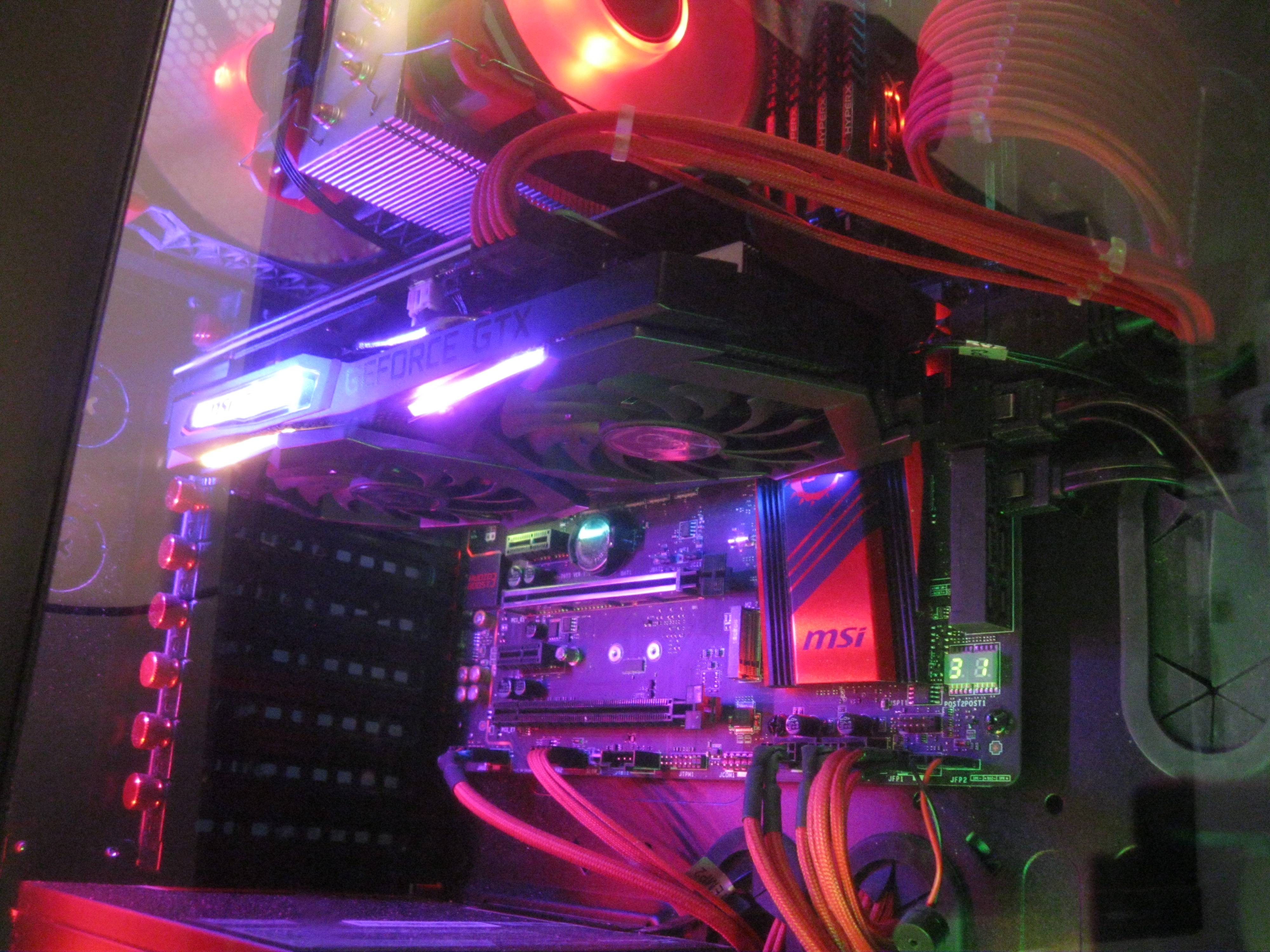 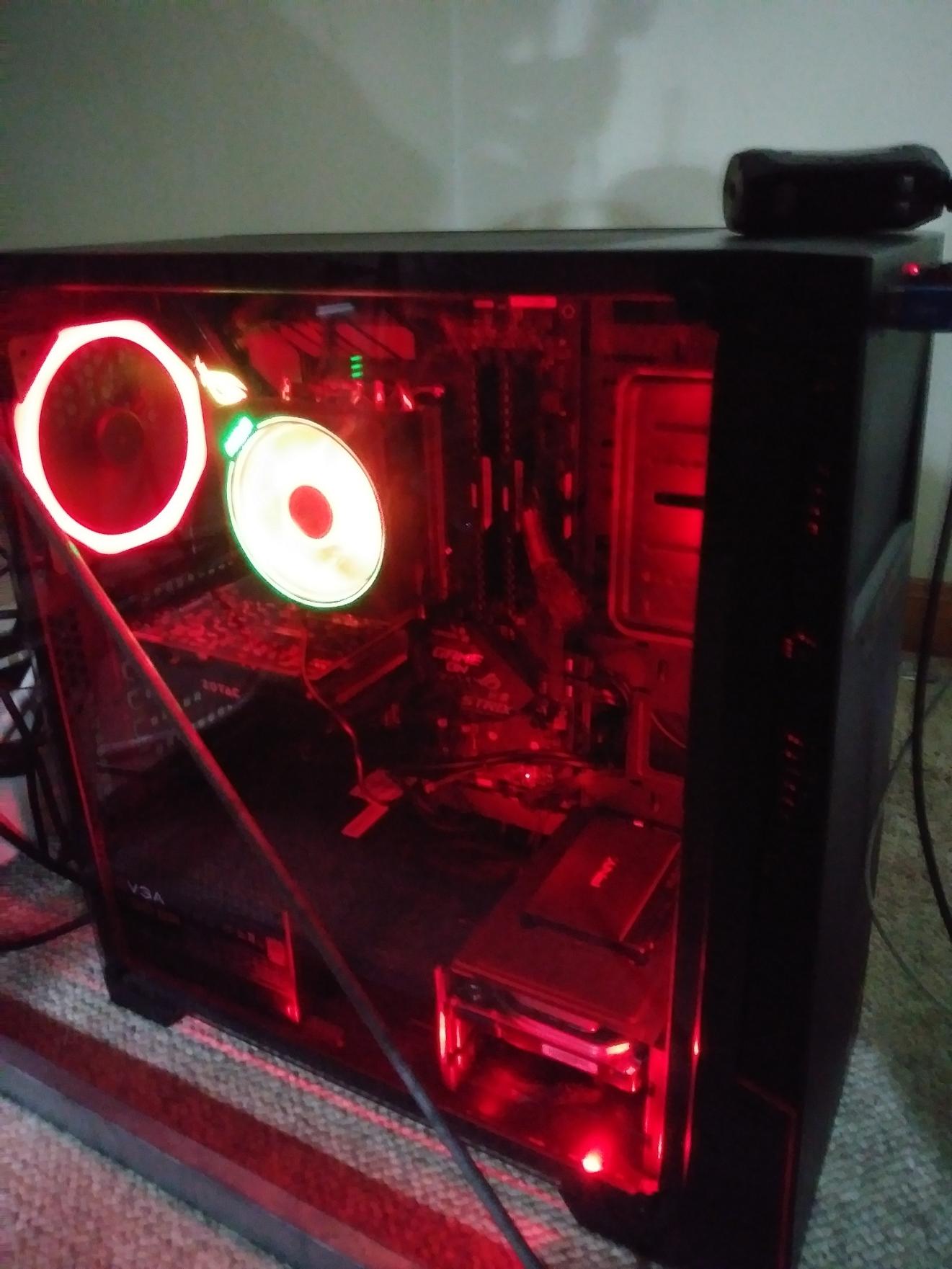 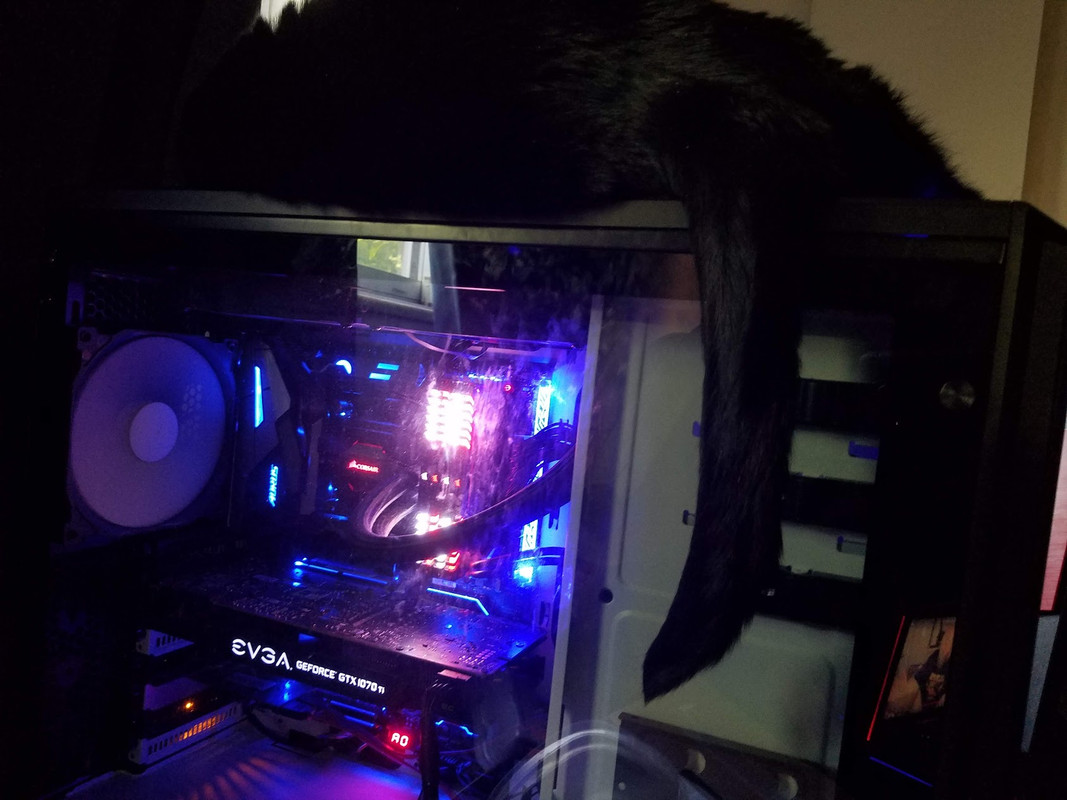 I don't recommend the cat heatsink. Doesn't remove as much heat as you'd think and is terrible for the exhaust airflow.
Reactions: anceintsz, Dean0919, WildCard999 and 2 others
K

DSzymborski said:
I don't recommend the cat heatsink. Doesn't remove as much heat as you'd think and is terrible for the exhaust airflow.
Click to expand...

Well as it is the 27th of Feb...about time for a new monitor, upgrade from a 1080p basic to a Free-sync & G-Sync compatible. The Syncs work great as games for me like Shadows of War or theHunter had big frame rate jumps but way better now.

Very impressed with the colour, way better than the TA panel in my old (1 year lol) one. Big size for the resolution? Yes but 4k is still a bit mad and I don't have space for a second monitor at this time so it suits my situation perfectly. Very happy with it and would recommend.

beQuietPSU 10 series 700w was starting to make a buzzing noise under load while gaming, only 2 years old but not taking chances so I decided to whack this problem on the head....with THORS hammer
Maybe one of those cheap Tepco capacitators was going, who knows.... maybe I was just looking for an excuse too!!

So it is installed and WOW whata power block this is, my fears about my old PSU were right, a 5% gain in FPS as the GPU was not getting enough juice !!! I even found a use for the ROG badge, can you spot it? Looks great, really solid build, enough cables for 2 rigs and loads of Rog goodies in a bag. Expensive... yes....worth it... OH YA BABY !!! And it is QUIET.... (pin drop) 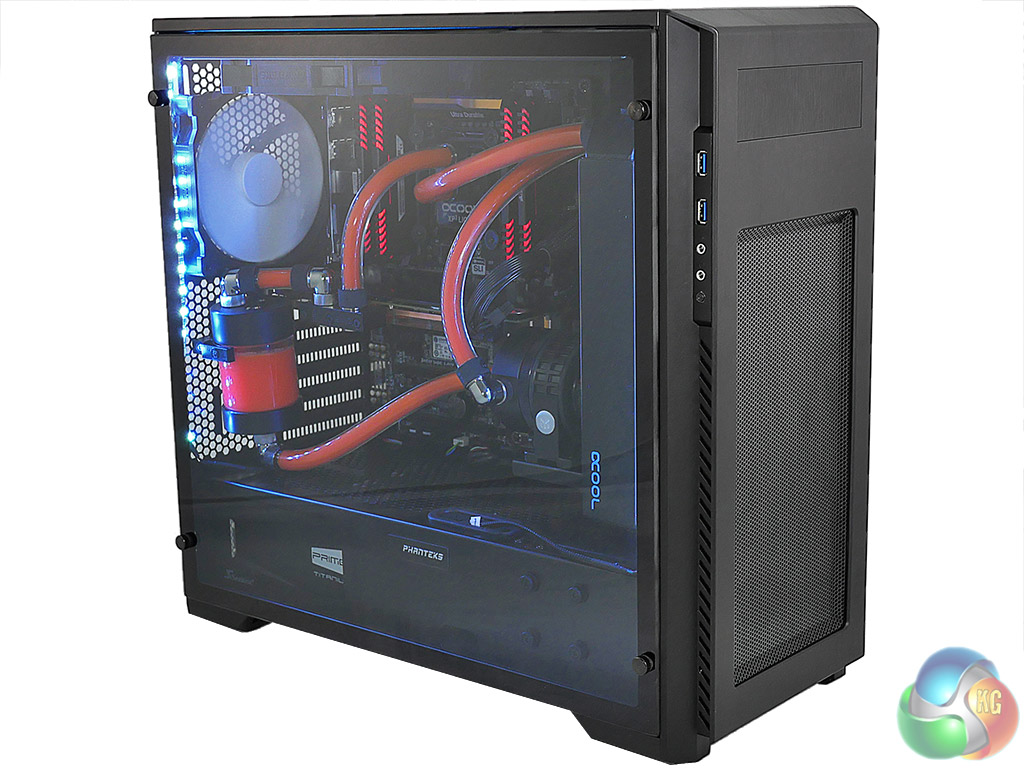 I'll be doing a 360 top rad open loop, so it'll look kinda like this..... minus the pop figures and front rad.

Hello everyone! I've asked some question here on these forums about my future build some time ago. And I'm grateful for the help. And now I built it! Almost the same as I planned. So, here it is:

Here's the detailed specification and issues I faced during assembling - https://pcpartpicker.com/b/6MJ8TW

Reactions: vMax, WildCard999, anort3 and 4 others

Here's my latest haul - an almost total overhaul and upgrade of my rig to AMD's X570 platform and I will get a Ryzen 4000 series CPU maybe next year. But here's the product boxes: 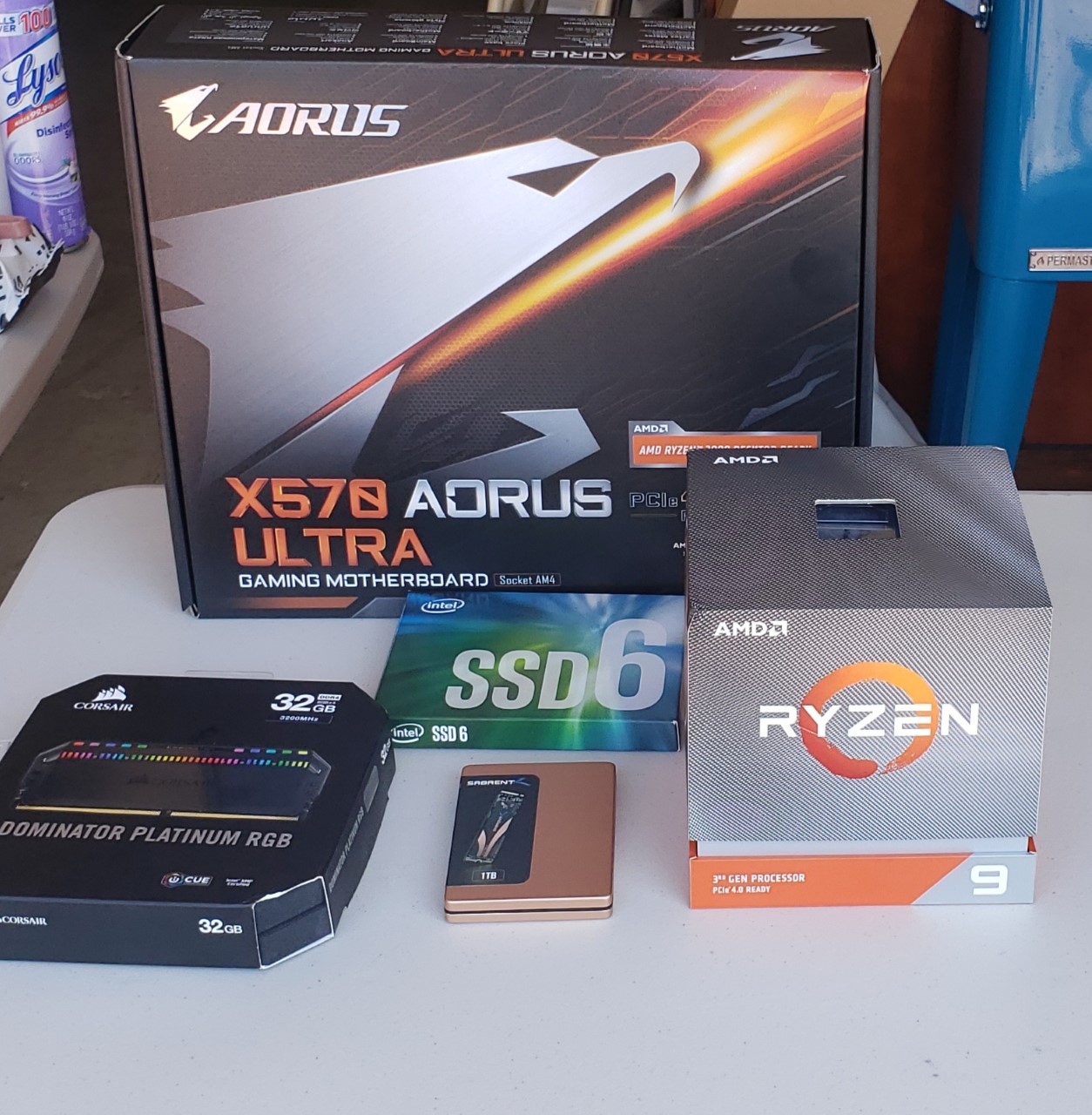 And here's my rig completed: 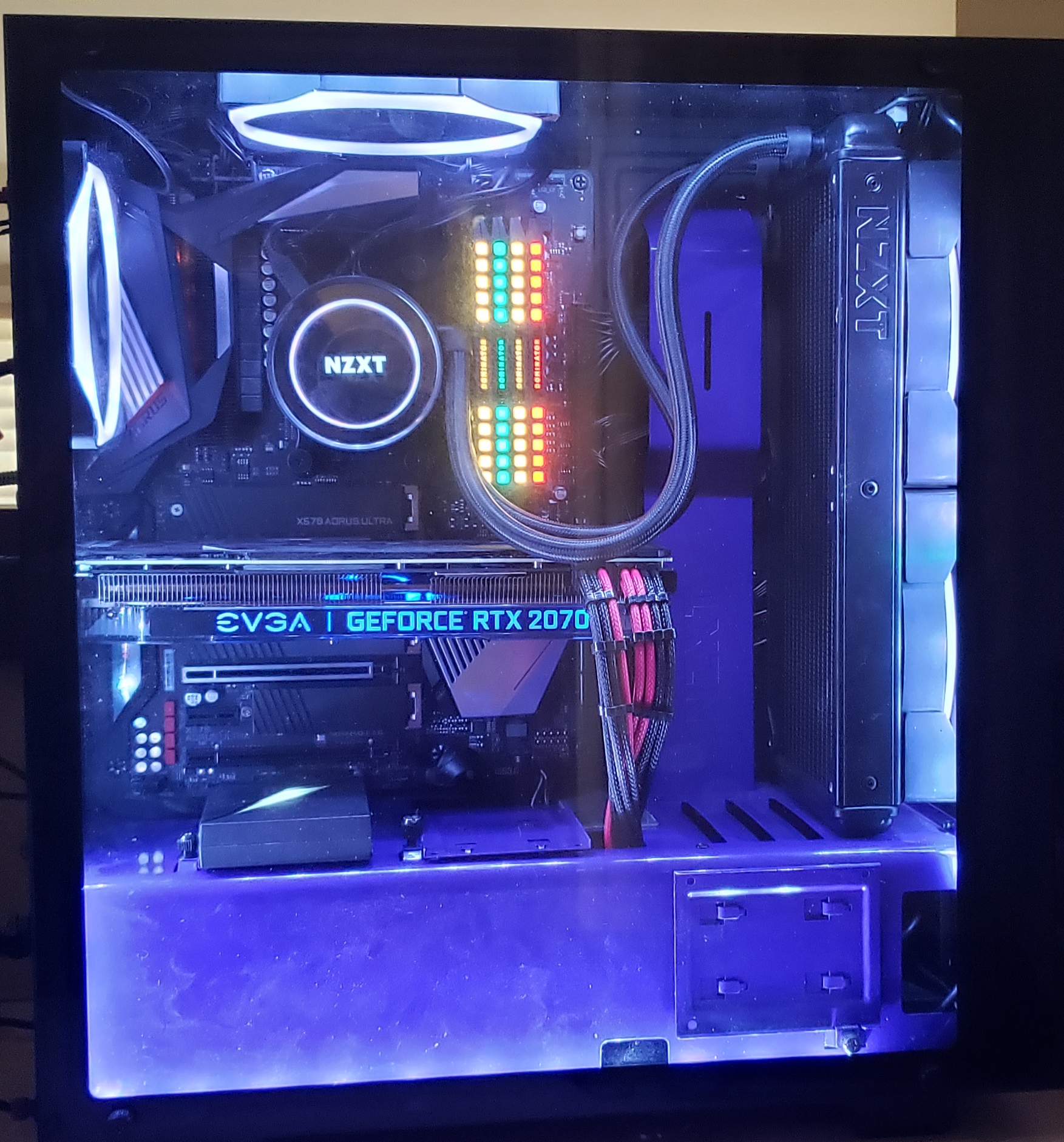 Had to rebuild my Sim System due to cooling issues with my case and failure of my 5700XT. Got a Corsair 280X case and a Gigabyte Windforce 2080 Super. Also added a Lamborghini GT3 car in there to spice up the dead space: 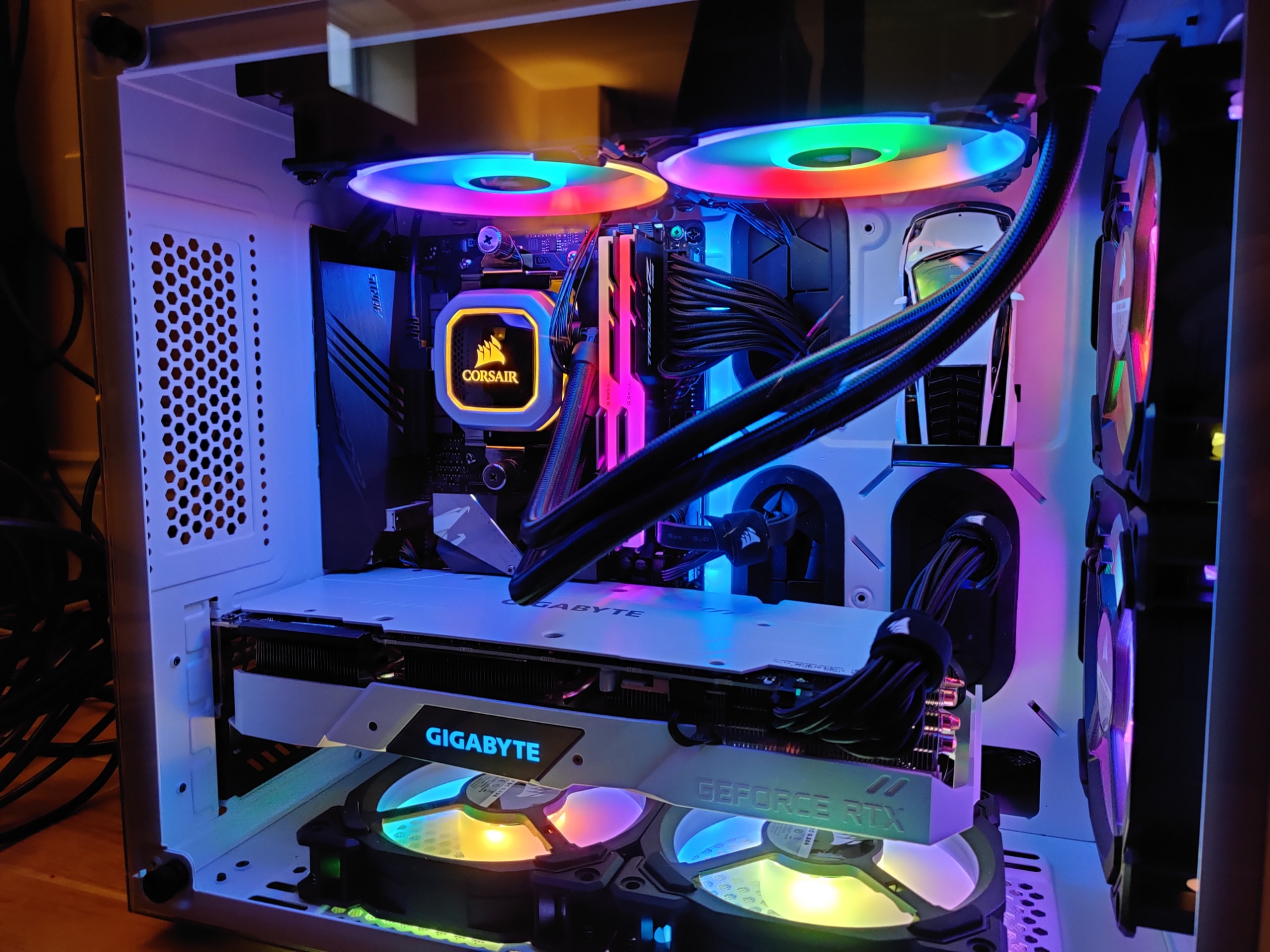 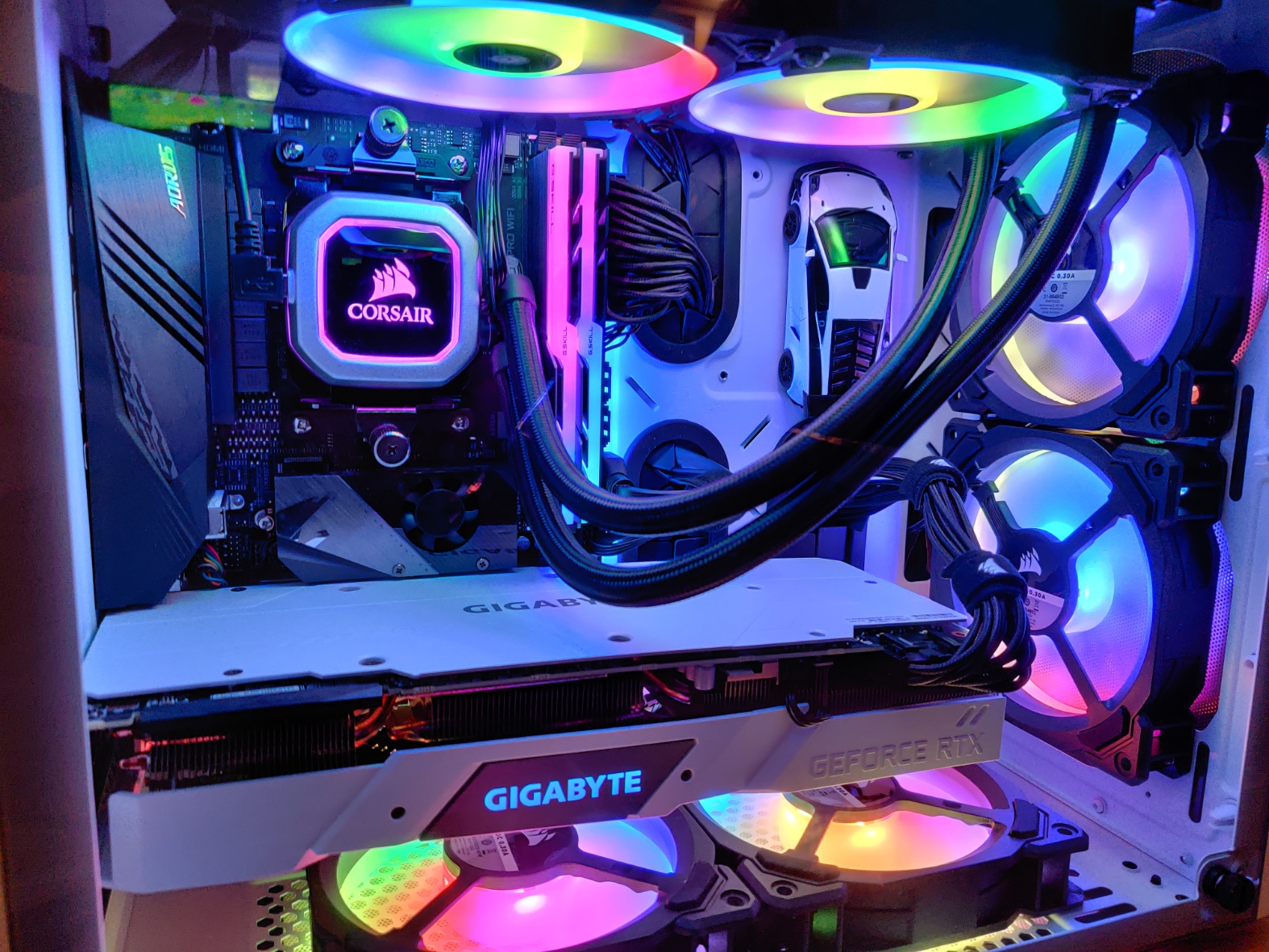 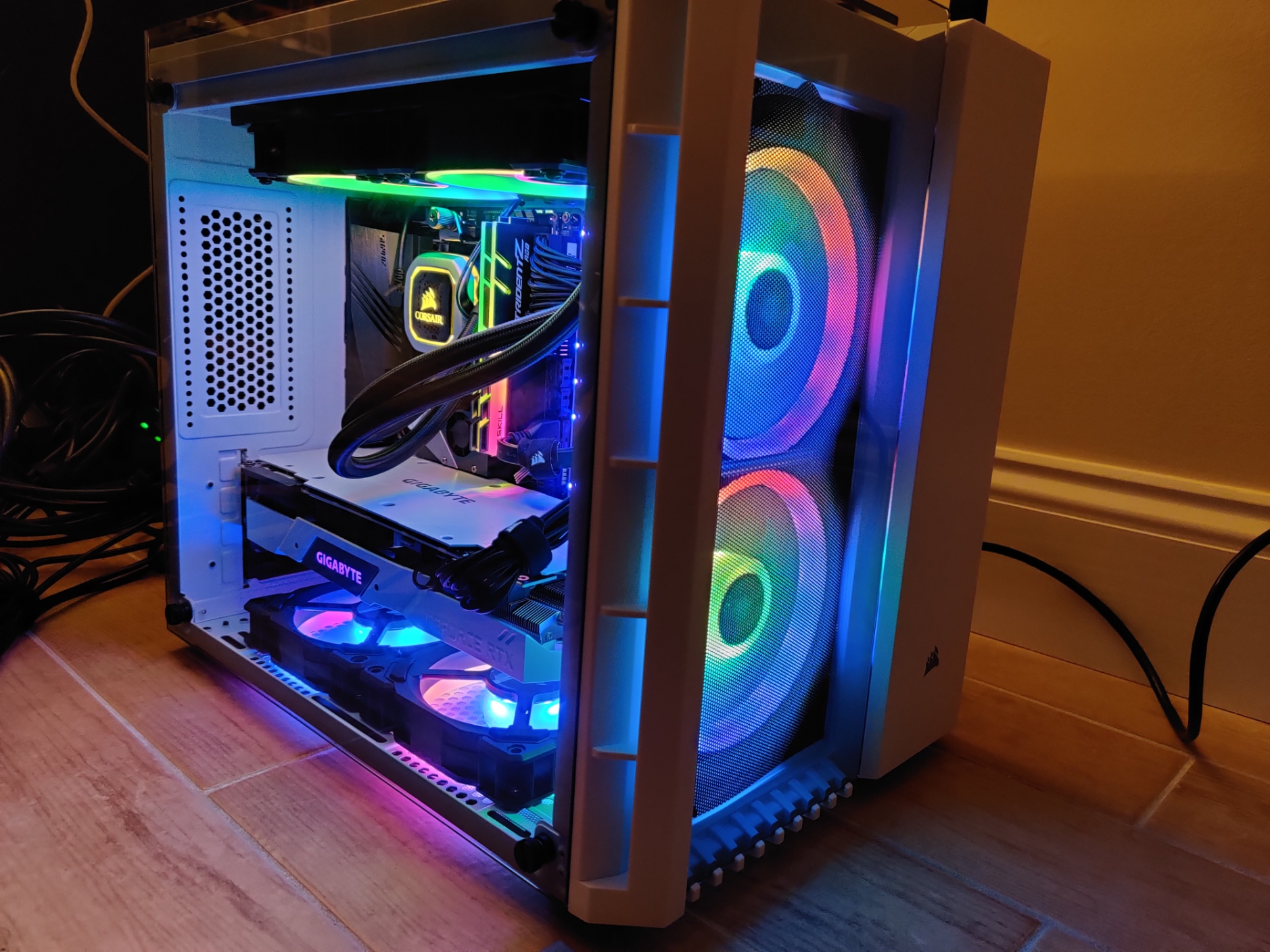 The CPU runs at 5.1GHz all core at 1.295v and with the Freezer II which I have to admit is stellar the temps are excellent. Gaming for the next 5 years covered...

Quiet happy with the case as it has great airflow with 3 120mm bringing air in from the bottom, three extracting via the AIO and one 120mm extracting as well. The PSU is at the top and also acts as a extractor..I have also added a puch pull setup to the AIO...runs in quiet mode so sound is just not an issue..

One final point, as the Antec Case has 3 vertical slots, the RTX 2080 can be vertically mounted with no issues as there is a nice gap before the glass panel and with the 3 x 120mm fans bring air up over the GPU temps have been great... 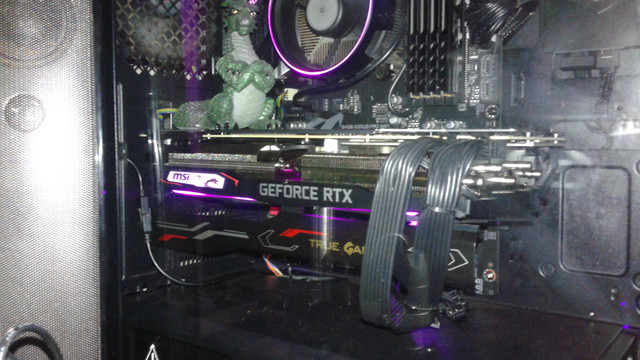 My pc i built during quarantine 😁 spent about $900 on amazon for all the parts and tower . 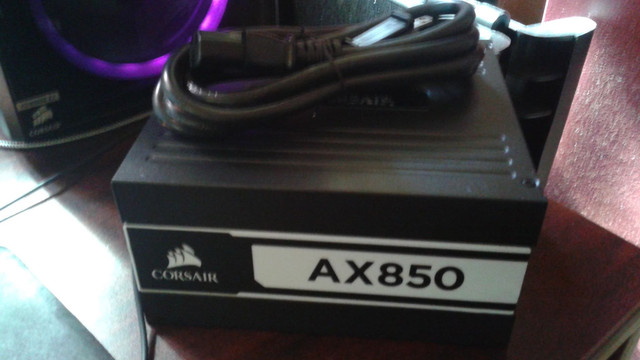