Reminds me of this band, I had one of their 2.5 albums back in the day - https://en.wikipedia.org/wiki/Lawnmower_Deth

I think I even had a T Shirt though it may have come with record...

probably to be expected

One of the first bands I ever listened to,... before metal was led by this man

Have you seen the Harp Twins?


All sorts of venues.

They have started doing some vocals as well.
Reactions: King_V

i think i seen them before


Bruce doesn't sound clear to me

Colif said:
Steve Vai just proving he doesn't need two hands to be better than almost everyone else

That's pretty cool ! Steve is really talented though. I loved his SOLO albums as well. Also when he was with David Coverdale/Whitesnake, he played some of the most memorable guitar riffs in Metal history. The SEVENTH SONG is my most fav album from Steve ! This album is soo touching that I can't describe in words !

I saw him when he was the Guitarist for David Lee Roth in the 1990's
Reactions: King_V and Metal Messiah.

This post is dedicated in the loving memory of EDDIE VAN HALEN ! RIP. One of my main inspirations which led me into guitar solo tapping, and stuff like that. Miss how he played arpeggios on the fretboard as well ! 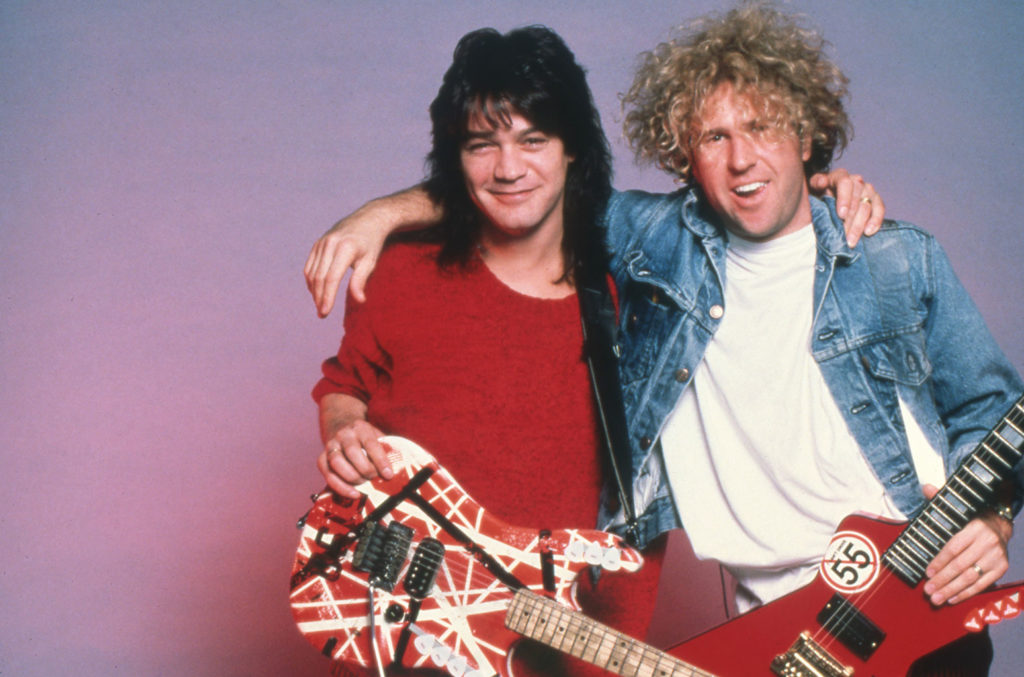 
Bruce almost sounds like he used to in this song

After listening to playlist, its not bad

I ordered it on CD since it seems easiest way to get them now Google music only sells singles.

records look cool but I can't afford them, nor do i have a record player anymore

I'm not a huge MAIDEN fan though, but I still like their older albums ! As a matter of fact, after DANCE Of DEATH album, I stopped listening to them, since most of their albums sounded the same. 'Powerslave' and 'Somewhere in Time' are my favorite albums. Also like "No prayer for the Dying" !

This new "Senjutsu" album still follows the same sound and chorus as their previous albums, imo. I didn't like it that much though. This was real MAIDEN back from the good 'ol days ! Still love these tracks.

Its hard to ignore Iron Maiden, they were there at the start. Its funny to find out they classified as progressive... I guess when you there from start when there were no different types of Heavy Metal. Now they been put in a box with Dream Theatre.

I was never a big fan but I have a fair few of them now - 13 - missing a lot of the older ones. I buy them as they come out but I didn't like Book of Souls much at the time it came out. I don't remember last time I listened to an old album of theirs. They have 17 studio albums, I guess some of mine are live so probably missing more than I know.
H

Jazz... nothing can beat a quiet morning, afternoon, or evening of Jazz music blasting overhead with a cup of coffee in hand.

Colif said:
Its funny to find out they classified as progressive...
Click to expand...

Yes. Actually, to be honest, Iron Maiden isn’t a real or an actual progressive Metal band. They’re just traditional heavy metal. But a lot of their songs have been considered like other genres, like power metal, speed metal, progressive metal etc. But I can’t deny the fact that they aren’t like progressive metal. They have some long songs with long solos. For example songs like Rime of the Ancient Mariner, Hallowed Be Thy Name, Dance of the Death, Seventh Son of a Seventh Son etc.

Many think calling them progressive metal/rock would be wrong, because progressive rock/metal are more arranged than their songs. But still they totally can’t be ignored is because of their twin lead guitar solos. Which made some songs ''progressed'' and sound like progressive metal.

They were influenced by a variety of 70’s progressive rock bands such as Genesis, Wishbone Ash, Jethro Tull, Rush, and UFO. However, it must be understood that the New Wave of British Heavy Metal was strongly influenced by progressive rock. This comes with the heavy metal scene’s attempts at distancing themselves from the blues and psychedelic rock roots of the first wave such as Budgie, Black Sabbath, and UFO as they sought to create a more diverse sound in the genre.

This lead them to look at punk, art, and progressive rock for inspiration as they recognized the limitations that came with playing the common blues and psych-based chords with slow 4/4-based tempos. Iron Maiden emerged from this backdrop as they were clearly influenced by Led Zeppelin, Wishbone Ash, and Deep Purple as they preferred guitarists like Richie Blackmore, Johnny Winter, and Pat Travers over Tommy Iommi.

Bruce Dickenson himself was influenced by Peter Hamill, Ian Anderson, and Ian Gillian, all of which were progressive rock singers. So while their sound is clearly rooted in progressive rock, they are not progressive rock as the heavy metal sound they played a role in developing became a genre of metal in itself.

This didn’t change despite adopting progressive rock elements in their later career though. They can be called as progressive, but only in terms of roots and origins instead of being in the genre per se.
Last edited: Sep 17, 2021

Metal Messiah. said:
But still they totally can’t be ignored is because of their twin lead guitar solos. Which made some songs ''progressed'' and sound like progressive metal.
Click to expand...

If all you need to be classified as Progressive is Dual guitar solos. I found a new Progressive metal band
You might know them, they called The Eagles (forums being dumb right now or I would link a video, I edit this later)

Or Helloween... but I guess they are. All these bands who started before boxes don't really fit in them. Its unfair to put them in any. Stop trying to make everyone fit.

Where does Devin Townsend Fit? some people try to avoid being type cast.

Of course I know EAGLES. This one is my favorite track from them. Hotel California. Helloween are more into POWER Metal stuff more like.

I was being silly though, stretching definition too far and they snap.

Judas Priest would also fit if all it took is twin lead guitar solos.

And probably Slayer on some songs.

Colif said:
(forums being dumb right now or I would link a video, I edit this later)
Click to expand...

Are there some ongoing issues with these Forums lately ? I couldn't embed any quotes properly, since it was showing an error. I thought my web browser was having some issues, but that doesn't seem to be the case.

its just right now, it was fine about 8 hours ago.

trying to get admin attention. Not a good time I guess.

""Prince of Darkness"" calleth again from the deep !

This one is an OLD time classic Rock ballad ! SCORPIONS Rock ! One of the absolute best hard rock bands to spawn out of Germany.

As someone who grew up in the "Rock Era" it is nice to see the younger generation appreciate the older bands.
Ive seen most everyone on stage at one time or another.
Scorpions,Metallica,Judas Priest,Iron Maiden (GO Eddie) Queens Reight, Black Sabbath, Dio, Randy Rhodes with Ozzy etc.....
But I have also seen, Eagles, Bob Segar, ELO, Boston,Stevie Ray Vaughn,Meatloaf, Heart, Fleetwood Mac,Led Zepplin,Quiet Riot, Twisted Sister, Atlanta Rhythm Section., TOTO, Mothers Finest,Little River Band, Rolling Stones, Faster Pussycat,The Bullochs, Ramone, Sex Pistols etc..............
The list goes on and on.
Rock is still my favorite of all time. But hard to pick a favorite besides Pink Floyd.
Music has been a MAJOR part of my life and still is.
Reactions: Colif
You must log in or register to reply here.
Share:
Facebook Twitter Reddit Tumblr WhatsApp Email Link