I recently started PC building after receiving an older PC from a friend they no longer used.

My problem is that my PC crashed today with the blue screen of death (and shut down before I wrote down the associated code). It then got stuck in a reboot loop where it starts again and then crashes immediately once it tries to load Windows or the Automatic Repair Tool. I saw this is a common problem, but unfortunately none of the fixes online have helped. I am able to get into the BIOS menu and change settings there, though originally it froze when trying to open the BIOS menu and restarted twice doing so.

Things I have tried:
None of this helped, as the PC is still stuck in a reboot loop and immediately restarts when trying to load Windows.

I recently upgraded my case and added 3 new fans, and it had problems powering on after completing the build where it would come on for 1 second and then power off. The problem eventually went away on its own after restarting the PC 10+ times. I thought it may have been the power supply, but the problem persisted even without the new fans. Based on looking online, apparently 500W should be enough to power what I am doing. Everything was running smoothly until today when I got blue screened.

With everything that has happened, I think it may be an issue with my MoBo since it was already aging to begin with. However, I want to ask for other opinions since I am new to PC building and don't want to go out and buy new parts if I don't need to (replacing my MoBo means new CPU and new DDR4 ram).

Any input would be really appreciated! Thanks!
0

have you tried clearing cmos yet to boot into bios? 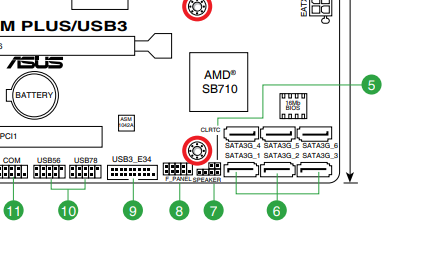 Pizzadelivery01 said:
have you tried clearing cmos yet to boot into bios?