I was having problems with destiny 2 where the frames, for some reason, dropped to 15-20 permanently.

I decided to try redownloading it, thinking it was the game. The download rate would hump from 0 to 5-6 mbps, back to 0. This made steam force stop the download, then crash.

I replaced the Hdd, complete with a new windows install, The problem happened again, but steadied out. I got destiny 2 redownloaded. Then i tried another game, where it would hit 6mbps for a second then drop to 0 for 5 minutes.

Disk usage being 100% the whole time.
The main source of the usage was System.
Just System. I could not figure out what it was doing or why it was doing it.
I tried a couple of "fixes"from some forums and i have to redownload windows cause my pc cant find it for some reason.

Why would this problem happen after pretty much becoming a "new" pc.
Is it an hdd issue? It's a Seagate barracuda 2tb 7200. Now running the replacement, which i've read are usually refurbs.

Would using an ssd for the OS fix this?
I'm just confused.

With a system with components that cost as much as yours do, there is NO reason NOT to use an SSD.

Honestly, I put together a system recently with a quad-core i5 and 8gb ram. Despite the decent specs, the combination of Windows 10 and a 7200rpm 1tb Seagate Barracuda made the experience lethargic.

This PC didn't have a very fast bootup, but this wasn't a major issue. I saw 100% disk for like a minute after loading the desktop and when trying to download anything.

Given its a new disk, it's probably working fine. Even though the disk shows 100%, try ethernet if not already on ethernet.

The 100% usage is constant throughout the entire download. I cannot use ethernet because my father keeps the router upstairs (i'm in the basement). The connection is great though, i've never had network problems. I will run that program. I'm on a fresh windoes 10 install, only firefox and sophos home are downloaded.
0
C 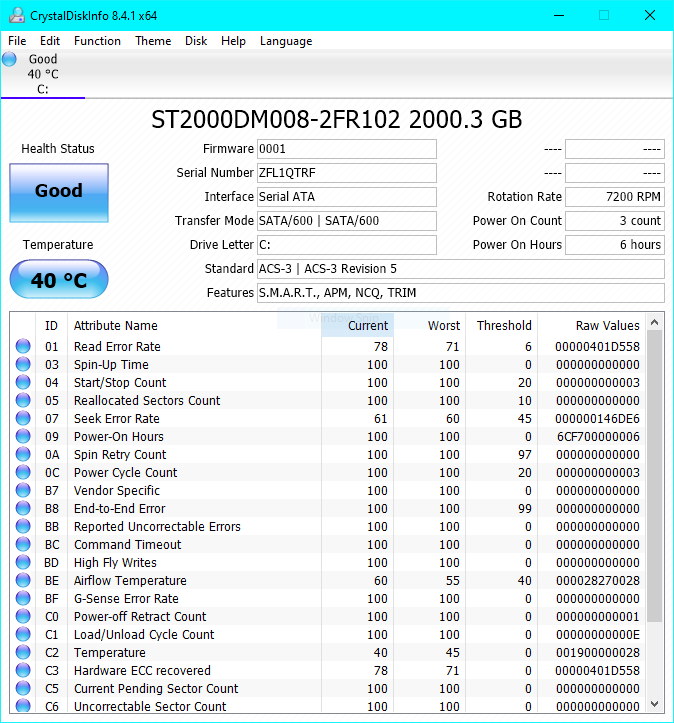