Question Is knowing the socket type sufficient to make a CPU upgrade?

Now, is looking at the socket type sufficient here, or do I need to make sure that the Motherboard supports it in some other way also?
The motherboard's manufacturer's support page only says that it supports 6th and 7th gen processors:
https://www.gigabyte.com/Motherboard/GA-H110M-S2-rev-10#ov

But there shouldn't be a reason it shouldn't support the latest processors of the same socket type, right? 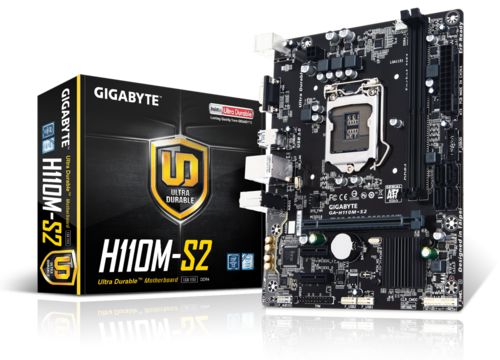 These are the CPUs that are compatible with your motherboard and the 7th gen models are only compatible IF you have a recent enough BIOS version installed, so if you don't you might have to update to a newer BIOS version before any of those will work.

These are the CPUs that are compatible with your motherboard and the 7th gen models are only compatible IF you have a recent enough BIOS version installed, so if you don't you might have to update to a newer BIOS version before any of those will work.

I guess I'm looking at a Motherboard upgrade too now. It sucks because processors and motherboards are very difficult to sell-off. I guess I'll just have to throw them both away now! Going forward, it will be awesome if Motherboard manufacturers can come up with a way to make the boards future proof.
0

They can't. Because CPUs have to evolve to support new technology and standards, and that means making changes to the pin layouts and internal system on chip designs, and that means motherboards have to also be changed and redesigned, even when they have the same socket type, to support those changes in the CPU.

You will never, ever, ever, see this end, until such time as we evolve our technology to the point where everything becomes part of a biological neural network, where all upgrades and replacement hardware is modular and can evolve its own designs to match changes in hardware. Science fiction for now, maybe not later.

What country are you in? There might be a lot better upgrade options available than the 9400F, which itself is now already a year old and is part of a platform which is already outdated by a more current Intel generation that itself is about to become outdated by another new generation as well.

Right now the Intel i3-10100 is the best bang for the buck entry level CPU and compared to what you have now would be a pretty decent upgrade that could later again be upgraded easily to a higher end CPU as you'd have options from the i5, i7 and i9 10th gen products to look at in terms of upgrades.

Paired with something like the B460 Pro4 motherboard, which is pretty inexpensive, you're looking at i7-7700 like performance with an upgrade path, for like around 220 bucks plus tax, in the US anyhow.

It's an option at least.