Ever since the Anniversary Update (I'm currently using the latest 1909 build 18363.476), my WiFi latency started to get these weird spikes and especially when you either search for WiFi networks from Windows or use any WiFi analyzing application.
I've tried every single driver out there for my Ralink card (currently running the latest anyways), all have the same issue on Windows. Linux isn't affected. 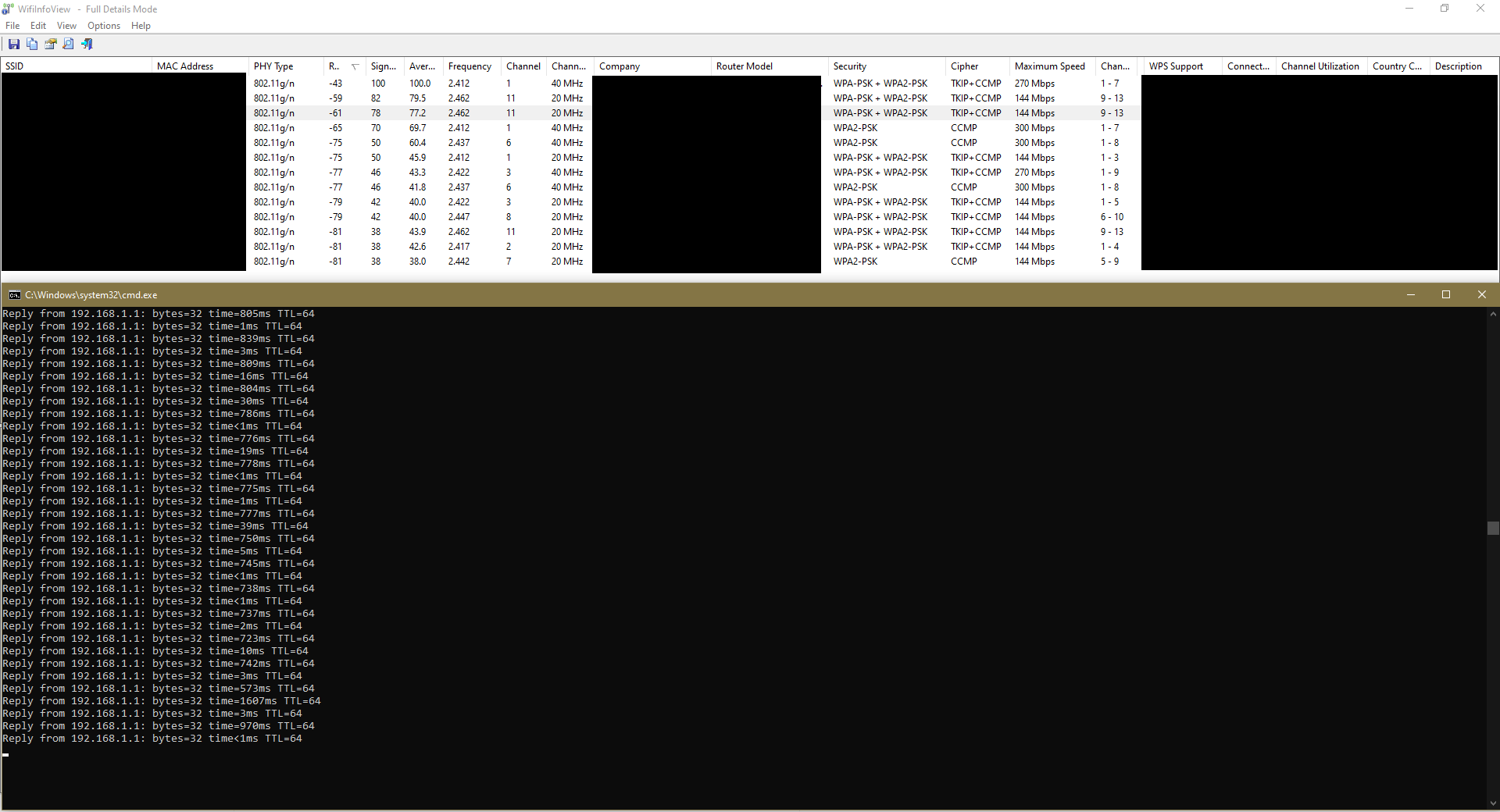 Closing down the WiFi apps will reduce the latency to nearly 1ms but it'll still have some spikes when browsing or playing video games ranging from 20 up to 100ms.

Router is in the same room but relatively far for a wired connection atm, I don't need recommendations to use it.
This issue didn't happen on Windows 10 versions prior to the Anniversary Update.
Any help will be greatly appreciated.
0

How much RAM do you have? How busy is your C: drive? Is your system on an HDD or on an SSD? Desktop or laptop? More info = better answer.
0
R

Try starting the Task Manager and seeing how busy your drives are. If there's something on the HDD that's a bit of a bottleneck, you might want to put it on an SSD. If the current 120 GB one isn't big enough, 500 GB SSDs are available for under $50 these days.
You must log in or register to reply here.
Share:
Facebook Twitter Reddit Tumblr WhatsApp Email Link